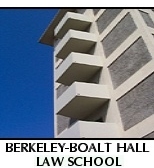 If you are set on attending law school, there is perhaps no better use of your time and money than preparing effective applications to many law schools. While I understand the financial costs and time commitment involved with every law school application, it is decidedly worth it when put into perspective. For example, you have probably spent at least 6,000 hours studying and attending classes during your four or five years in college. In addition, you should spend at least 200 hours preparing for the LSAT. Yet each additional application will only take you several hours to complete and require a nominal fee ranging from $50-$90.

Because the law school admissions process is so subjective, and in many ways a "crap shoot," sending off extra applications may result in seemingly amazing results. The following examples illustrate this point.

The admissions process is not an objective science, but instead a subjective decision based upon each school's and admissions counselor's preferences. Do not assume that your chances of admission necessarily decline as the law school becomes more prestigious. While one must be realistic when applying to "reach" schools, the extra time and money involved are well spent.

Studies indicate that the average law school applicant applies to four or five law schools. A good investment in yourself and your future is to apply to ten or more law schools, perhaps as follows: 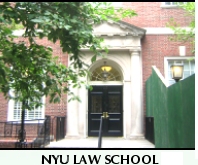 When applying to a "reach" school, the law school personal statement should be "risky," seeking to provoke the admissions committee to reconsider your presumed rejection due to having a GPA and LSAT score lower than their average applicant. True in both life and law school admissions, one should take greater risks when the likelihood of success is lower.

The top law school admissions books of TLS users includes a number of books that can help with writing your personal statement.

How Law Schools Determine Who to Admit: Inside the Admissions Process of Law Schools

An Undergraduate Timeline for Applying to Law School

Importance of Letters of Recommendation in Law School

The TLS Guide To Fee Waivers

Introduction to the JD/MBA Dual Degree

Introduction to the JD/MA Dual Degree

Writing an Effective “Why X” Addendum

How to Write an Effective Addendum