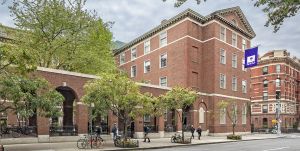 New York University School of Law is a highly respected institution that ranks among the best in the world. The school offers an excellent education in law, focusing on international and tax law. Additionally, NYU Law's outstanding faculty is consistently ranked as the best in the United States. Students at NYU Law can expect to receive a top-notch education that will prepare them for success in their chosen field.

NYU Law boasts an impressive roster of alums, including judges at the International Court of Justice and Nobel laureates. The school is also home to some of the world's leading legal philosophers. NYU Law graduates pursue successful legal careers, often at top firms in the United States. Deborah N. Archer, current president of the ACLU, is a Clinical Professor at NYU Law.

New York University School of Law has been widely recognized for its public interest orientation. The school's Root-Tilden-Kern Public Interest Law Fellowship is considered one of the most prestigious programs of its kind. NYU Law's bar passage rate is among the highest in the nation, at 98.7% in 2022.

New York University School of Law is one of the oldest law schools in the United States, founded in 1835. It is also the oldest surviving law school in New York State. The school is in New York City and offers a Juris Doctor (JD) degree program. NYU Law has a strong tradition of academic excellence and is ranked among the top law schools in the country. It is also a member of the prestigious Association of American Law Schools.

New York University School of Law was founded in 1835 by Benjamin Franklin Butler. It was the first law school in the United States to teach using the "course method." The school offers a three-year program leading to a Juris Doctor (JD) degree.

New York University School of Law is one of the most prestigious and selective law schools in the United States. Located in New York City, NYU Law is considered a "dream school" by many aspiring lawyers. The school has produced many notable alums, including several Supreme Court justices. Admission to NYU Law is highly competitive, with only a few thousand students out of tens of thousands of applicants being accepted each year.

NYU School of Law was one of the first law schools in the United States to admit women. It began raising its standards for admission in the early 20th century. In 1924, it required all students to complete at least one year of undergraduate education or equivalent. This was increased to two undergraduate years in 1926, per the American Bar Association's recommendation. The law school absorbed the Metropolitan Law School in 1895, which became its evening division.

The law school at New York University moved to its current location at 40 Washington Square South in Greenwich Village in 1951. The school's dean at the time, Arthur T. Vanderbilt, oversaw the relocation. In addition, the school established the Root-Tilden-Kern Scholarship for public service that same year.

All applicants for admission to the JD program at NYU School of Law must take the Law School Admission Test (LSAT) or GRE. Your score on either of these exams is valid for five years. NYU Law requires all applicants to report all valid LSAT and GRE scores that they have received within those five years.

In addition, all applicants are required to register for the Credential Assembly Service (CAS). After your application is received electronically, the Law School Admissions Council (LSAC) will automatically generate a request for your CAS report. The CAS report provides an overview of your undergraduate academic work and includes copies of your transcripts. If you have taken the LSAT, your LSAT score(s) and writing sample(s) will be included in the CAS report. GRE scores must be sent directly to NYU Law from ETS using the law school code 2599.

For evaluation, foreign transcripts must be submitted to the LSAC Credential Assembly Service (CAS). Applicants who have completed any post-secondary work outside of the United States (including its territories) or Canada must use this service. The one exception is if the foreign work was completed through a study abroad, consortium, or exchange program sponsored by the US or Canadian institution. It is indicated as such on the home campus transcript. Visit www.lsac.org for more information.

The fee to submit your application electronically is $85. This fee is non-refundable and does not count toward tuition. It must be paid by credit card. If you have received an LSAC-approved LSAT or Credential Assembly Service fee waiver, your NYU School of Law $85 application fee will be automatically waived. The application fee will also be waived for those who have served or are serving in the United States military. This includes Army, Navy, Air Force, Marines, and Coast Guard members. Foreign military service does not qualify an applicant for a fee waiver from NYU School of Law. To learn more about obtaining a fee waiver, click here.

File and complete application by November 15 Notification by late December

File and complete application by February 15 Notification by late April

To read a TLS article about deciding between ED and RD (or Regular Decision), click here.

To be eligible to transfer to NYU School of Law, applicants must have completed one full year of study at an ABA-accredited law school, be in good standing, and not have been enrolled in law school for more than five years. A maximum of 30 credits will be applied toward the JD degree. Candidates currently enrolled in a part-time law school program are not eligible to apply. To read a fantastic article about transferring, click here.

New York University School of Law is one of the most prestigious and expensive law schools in the United States. Annual tuition for NYU Law is currently $73,216. In addition to tuition, students can expect to pay around $36,074 per year for room and board, books and supplies, and other miscellaneous living expenses. This means that the total cost of attendance for NYU Law is approximately $131,332 per year.

Despite the high cost of attendance, NYU Law is consistently ranked as one of the top law schools in the country. It is also one of the most selective law schools, with an acceptance rate of just 14.5%. This means that if you are lucky enough to be accepted to NYU Law, you can be sure that you will receive a top-notch legal education.

If you plan on applying to NYU Law, or any other expensive law school, it is vital to ensure that you have the financial resources to cover the cost of attendance. Thankfully, many ways to finance your law school education include scholarships, grants, and student loans. You can also look into working part-time or full-time during your time in law school to help offset the cost of tuition and living expenses.

The NYU School of Law offers numerous scholarships to LLM candidates. The Hauser Global Scholarship is the most prestigious, admitting eight to ten top LLM students worldwide. The scholarship covers full tuition as well as reasonable living expenses. It also gives the Grotius and Vanderbilt scholarships for International law study and other branches of law, respectively.

The Law School's Loan Repayment Assistance Program eases the burden of debt repayment obligations for those choosing careers in public service. More than 500 JD graduates in public service now have their debt burden paid in full or in part by NYU Law.

While NYU's academics are strong in all areas of law, its tax law, clinical training, and international law programs are among the best in the nation. Also noteworthy are the school's environmental law, intellectual property law, and trial advocacy programs. All NYU students must fulfill a required curriculum in their first year and part of their second year and are allowed to choose from one of the most diverse elective courses in the nation to complete the rest of their coursework. First-year students can expect large section sizes, usually more than 100 students. However, nearly half of the upper-level classes have fewer than 25 students, and the school has an impressive 9-to-1 student-to-faculty ratio.

New York University School of Law offers various courses, seminars, clinics, and other experiential classes covering many international and global law areas. Students can choose from over 50 courses each year to gain practical experience in the field of law they are interested in. 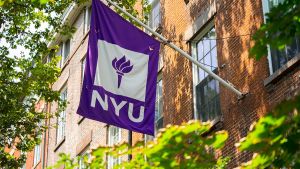 The quality of NYU's teachers is well recognized. Some of NYU's most renowned instructors include:

There are four faculty-edited journals at NYU School of Law:

NYU School of Law also offers an extensive array of classes taught by a broad spectrum of adjunct faculty from the New York legal community. These adjuncts bring a wealth of experience to their classrooms that enriches the law school experience for NYU students.

NYU has established eight student-edited law journals, which are as follows:

New York University School of Law has a long tradition of producing exceptionally talented lawyers with highly successful careers. The school's graduates are well-prepared for the rigors of the legal profession and enjoy strong job prospects and high bar passage rates.

NYU Law graduates are highly sought-after by employers, and they have a wide range of career options available to them. Many graduates work in private law firms, while others go into government or public interest work. Some graduates even start their own businesses.

NYU's location in Manhattan's Greenwich Village and downtown Brooklyn gives students the feeling of being part of a community. NYU's buildings, including first-year residence halls, are near Washington Square Park. This makes it easy for students to get to class and enjoy the restaurants, shops, and other businesses in the area. NYU students benefit from the excitement, culture, and opportunity that the city has to offer.

At NYU, they create a community of cultural experiences through dance performances, interactive visual installations, and classical music. Engaging with the arts fosters a more vibrant and connected community.

The Law School offers two types of on-campus housing: high-rise apartment-style residence halls and family housing accommodations. High-rise apartment-style residence halls include D’Agostino Hall and Hayden Hall, which offer students a variety of living arrangements, such as studio and one-bedroom apartments or private rooms in shared two- or three-bedroom apartments. Meanwhile, family housing accommodations are available in limited quantity and provide housing for students with families. Students can live on campus during the academic year or summer, even before law school.

New York University School of Law
LSD.Law
Ranked #7
Guide to Fee Waivers
LSAC Guide
How to Learn to Do Well on a Law School Exam
Success in Law School - A Unique Perspective
The Guide to Law School Loans