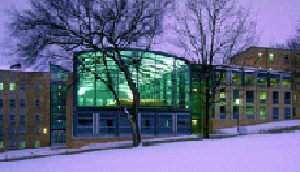 Known for its great location and "law-in-action" approach to legal academics, the University of Wisconsin Law School is among the best public law schools in the nation. Especially for residents of Wisconsin, who can attend the school at a remarkably low rate of tuition, Wisconsin Law is a great place to pursue a legal education. Those interested in practicing law in the state of Wisconsin should also give the school serious consideration, as Wisconsin Law graduates are exempt from the state's bar exam.

With up to 3,000 applicants annually vying for approximately 275 seats in a typical entering class at Wisconsin Law, the school's admissions process is highly competitive. In the most recent admissions cycle, that of the 2009 entering class, 2951 applicants petitioned for entry into the law school, around 800 of whom were accepted, with 278 of those accepted matriculating to form the 2009 entering class. The median LSAT score of this class was 162, with the median GPA at 3.6. In general, applicants with numbers near or above these medians should be competitive in application cycles for the next few years at Wisconsin, as these medians remain largely unchanged from year to year.  Of course, like other top law schools, Wisconsin considers more than an applicant's numbers in its admissions process, and attempts to form entering classes diverse in ethnicity, experience, and background. Thus, applicants able to demonstrate ways in which they are able to offer such diversity to Wisconsin's student body will most likely increase their chances at admission.

As mentioned in the introduction, Wisconsin's public standing allows the law school to offer residents of the state of Wisconsin a very low rate of tuition.  For the 2009-2010 academic year, resident tuition was $16,426, a figure that is roughly one-third of the tuition rate for many top law schools today.  Also, thanks to the Wisconsin-Minnesota Tuition Reciprocity Agreement, residents of the state of Minnesota are also able to attend Wisconsin Law at a bargain rate. For the 2009-2010 academic year, this tuition rate for Minnesota residents was $26,342.  Students who are not residents of Wisconsin or Minnesota, on the other hand, pay a tuition rate closer to the rate of most top law schools.  In 2009-2010, tuition for non-residents at Wisconsin Law was $36,350. It bears mention that while attaining residency status in some states is a relatively simple task, doing so in Wisconsin seems to be more difficult. According to the school, all Wisconsin residents do not qualify for resident tuition, and those who reside in the state solely for educational purposes do not automatically qualify as residents, even after living in Wisconsin for one year or more.

Due in part to its "law-in-action" approach to legal academics, the University of Wisconsin Law School enjoys an excellent academic reputation.  According to this approach, students at Wisconsin learn not only what the laws are, but also "why those rules evolved to address social concerns, and how those rules operate in the real world".  Partly as a result of the school's dedication to this approach, class discussions at Wisconsin Law are multi-faceted, clinical opportunities are emphasized and plentiful, and graduates of the school have gained a reputation of being prepared to hit the ground running in the legal field.

It seems safe to say that the quality of life enjoyed by Wisconsin Law students is among the best in the nation.  Madison is considered to be one of the most livable cities in America, and houses a wide variety of bars, restaurants and nightclubs at which students can pass their free time. If they wish to stay on campus, students can enjoy one of the biggest college party scenes in the nation. Also, during the fall semester, students participate in tailgating and other activities surrounding the school's powerhouse football team, and third-year law students partake in the tradition of running across the football field during the homecoming game. Further contributing to the quality of life of Wisconsin students is the plentiful and relatively affordable housing found throughout Madison, as well as the safety of the city.

In Wisconsin, and throughout the northern Midwest, the University of Wisconsin Law School students enjoy great job prospects. Many top firms from the largest legal markets in this region, including Chicago, Milwaukee, and Minneapolis, visit Madison each year to interview students, and a large percentage of graduates, 67% of the class of 2007, secure employment in the region. Predictably, job prospects wane as one looks beyond the Midwest, and students hoping to secure employment in such areas should be prepared to put in extra legwork in their job search and would be wise to tap into the school's alumni network.  Typically, more than 97% of Wisconsin students are employed within 9 months of graduation, with more than half of graduates taking jobs in private practices. The median salary of graduates of the class of 2007 who entered the private sector was $115,000.

As previously mentioned, Wisconsin Law graduates who secure employment in the state of Wisconsin do not have to sit for the bar exam. Undoubtedly, this makes for an unusually enjoyable third year for Wisconsin students.

Especially for residents of Wisconsin and Minnesota, who can attend the school at bargain rates, the University of Wisconsin Law School is a great place to earn a legal education. That said, any applicant would likely enjoy life in Madison and would benefit from the school's "law-in-action" approach, and those hoping to secure employment in the Midwest would be in a great position to do so as graduates of Wisconsin Law.