University of Miami School of Law 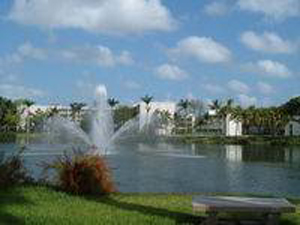 Palm trees and casebooks? It seems an odd mix, but it is exactly the mix that students at the University of Miami School of Law enjoy. The law school is located in Coral Gables, Fla., on the main campus of its parent university. The law school boasts a beautiful campus in a subtropical environment at the crossroads of the Americas. Despite the high tuition and the 55% full-time, long-term legal employment rate, Miami may be a consideration for applicants who plan to practice law in Florida.

According to U.S. News, tuition at Miami is $39,848 per year. Room and board runs an additional $13,734, plus $1,200 for books, and $7,100 for miscellaneous expenses. This is a hefty price tag, but Miami does offer grants. In 2011, 13.6% of full-time students received grants of less than one-half tuition. Additionally, 18.8% of full-time students received grants of one-half tuition or more but less than full. The average indebtedness of 2011 graduates who incurred law school debt was $128,350.

As a private law school, Miami is more expensive than its two primary competitors, the University of Florida and Florida State University. However, the majority of Miami's student body does come from out of state. For the class of 2015, 42% come from outside Florida. Close to 10% of Miami students drop out after their first year, and almost 2% stop after their second year. 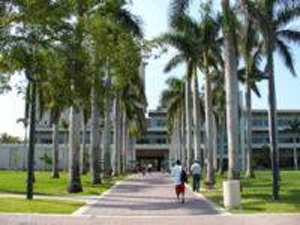 In July 2012, Miami graduates taking the Florida bar for the first time passed at a rate of 81.6%. The pass rate for first-time test-takers from all Florida law schools was 82.0%.

According to Law School Transparency, nine months after the class of 2011 graduated, about 64% of graduates had obtained full-time, long-term jobs overall, and around 55% had full-time, long term jobs for which bar admission is required. Another 3% were pursuing a graduate degree. Of those who found employment of any kind, 249 (out of a graduating class of 385) had jobs in Florida. The second- and third-most-popular destinations were Washington, D.C., and New York, with 15 and 11 graduates, respectively.

U.S. News published salary information about the class of 2010, even though only 32% of those employed in the private sector reported their salaries. Based on that sample size, the 25th and 75th percentiles for private sector employment were $65,712 and $123,374, with a median of $86,102. U.S. News also reported that the median salary for a graduate employed in public service was $42,600.

Miami is ranked No. 69 by U.S News. Although "specialty" rankings are generally meaningless, Miami's tax law program is ranked No. 9 by U.S. News. In addition to an LL.M. in tax law, Miami offers LL.M. programs in international law, real property development, estate planning, and ocean and coastal law.