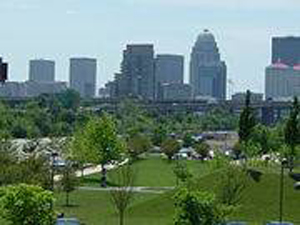 The University of Louisville School of Law is a great option for those interested in working in Kentucky. For others, the school is likely to be a disappointment, as career prospects are limited outside of the state. Further, Louisville's academic program is weak overall. Regardless, the school's cheap in-state tuition and Louisville location make it one of the best options for students looking to stay in Kentucky.

In 2008, 42% (448 out of 1,062) of applicants to the full-time program were granted admission; the 25th to 75th percentile GPA range for matriculating students was 3.21-3.75; and the range for the LSAT was 155-160-with medians hovering around 3.52 and 157, respectively. All things considered, the University of Louisville Law School does not seem to have especially high standards for admissions.

Louisville also accepts students on a part time basis. The admissions standards for this program are lower than those of the full-time program. Last year, 42% of part time applicants were admitted.  GPA's ranged from 2.94 to 3.67 for the 25th to 75th percentiles, and LSAT scores ranged from 149 to 158.

Once admitted, Louisville's low tuition is surely to be a factor in helping students to decide whether or not to attend. In-state students pay only $14,440 in tuition each year, while out-of-staters pay $28,980 (part-time students pay per credit hour). Room & board costs hover around 8K on average, while book costs and miscellaneous fees add an additional 9K or so to the total bill. All things considered, this means that a Kentucky resident can attend law school for an annual cost-of-attendance of less than $31,500, which is cheaper than tuition alone at many U.S. law schools. It is no surprise, then, that Louisville students graduate with an average debt load of only $53,500. 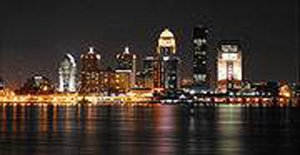 Even with the cheap tuition, debt is still debt. At the end of the day, it really won't matter how that debt compares to the debts of other students around the country. All that matters is whether or not a Louisville degree will provide the kind of employment opportunities that will put students not just out of the red, but comfortable into the black.  This seems likely, though for some students it may prove challenging.

While Louisville graduates struggle to find immediate employment-a very high 46% of students were unemployed at the time of graduation in 2007-nearly 95% of graduates are employed within nine months of graduations. This latter number is a comforting figure. Of those employed graduates, more found work in the private sector than in any other field of law. In fact, 53% of graduates entered private practice. Other graduates found work in government (15%), business (16%), judicial clerkships (5%) and public-interest (9%), among other fields. The reason for the gravitation towards private sector work is simple: money. Graduates working at private firms started with a median salary of $80,000, while those in public service careers earned only $37,000 salaries.

Louisville graduates are quite limited geographically. More than 65% of students end up working in Kentucky. The students who do leave the state are, generally speaking, those who are at the top of their class or who have previously made connections. The bottom line is that prospective students should be sure that they could be comfortable with a career confined to Kentucky.

The University of Louisville Law School is not an outstanding academic institution. The school fails to make an appearance on any of USNews' specialty rankings lists, and is not well known outside of its own region. Nevertheless, Louisville provides a plethora of academic resources-more than enough to prepare students or a career in law; but students will have to put in some extra effort in order to benefit from such resources.

Louisville offers students the opportunity to work on journals, including the Louisville Law Review and the Journal of Law & Education, among others. Through Louisville's 'enrichment opportunities,' students have gained valuable clinical experience, working closely with judges and providing legal aid for those in the community. Dual-degrees are available for those who really want to get a leg-up on the competition. Students can add to their JD a master's in social work or urban planning, for instance, or even a master's in divinity.

The bottom line, however, is that students need to take advantage of such opportunities if they are to get the education they deserve because the classroom experience at Louisville leaves much to be desired.

Life in Louisville provides more opportunities than one might expect from a city in Kentucky. Louisville offers arts, culture, nightlife, and even outdoor recreation. Students can spend the day touring the state's oldest and largest art museum, or perhaps spend some time relaxing in one of the city's 122 parks; and one can never forget about the Kentucky Derby, which takes place in Louisville. At the end of the day, students can top it all off with a night in the town in Louisville's downtown social spots.

What's more, Louisville consistently ranks as one of the safest cities in America, freeing Louisville students from some of the worries faced by students at schools in other cities throughout the country. All things considered, Louisville seems a surprisingly wonderful college town in which to study law.

Louisville's cheap in-state tuition and fun location make the school an attractive option for many students. The academic program is lacking, however, and prospective students should keep this in mind as they make their decision.