The University of Texas School of Law

The University of Texas School of Law is at its core a regional school with some national placement. Though it has respectable employment data, given the frigid legal hiring market, a solid majority of its graduates stay in Texas. It has long been on the cusp of U.S. News's traditional T14, but the magazine recently ranked Texas No. 1 in return on investment. 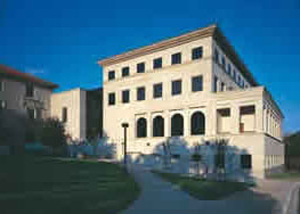 Law School Transparency gives UT Law a 75.3% employment score, which indicates the percentage of 2012 graduates who, nine months after graduation, obtained long-term, full-time positions requiring bar passage, excluding solos. About 27% of the class were employed in biglaw firms (more than 100 attorneys), and a little over 8 percent secured federal judicial clerkships. About 13% of the class obtained government or public interest jobs.

The Career Services Office says that over 600 employer offices (which includes multiple offices for certain firms and government agencies) recruited UT students in 2012 at OCI and other recruitment programs. Most 2012 graduates who found jobs ended up in Texas (253 out of 373 total alumni); the second and third most popular destinations were New York (18 grads) and California (14).

In February and July 2012, 92.28% of UT Law students taking the Texas bar exam for the first time passed, compared to the 82.06% first-time passage rate overall.

UT does have longstanding relationships with the major Texas biglaw firms, and Career Services has a reputation for being very helpful to students who want to follow that track. Unfortunately, CSO has a reputation for having fewer resources in other areas. Public service networking tends to be dominated by Texas Law Fellowships and the pro bono faculty -- if you want to find public-sector work outside Texas state and local government and a few public service organizations with established connections to UT Law, you may be on your own.

Applicants whose numbers are not quite up to par with the those of this entering class could see their chances at acceptance improved if they are able to highlight ways in which they could bring diversity to the school, as the University of Texas, like most other top law schools, aims to form entering classes diverse in ethnicity, nationality, and experience. Usually, the personal statement is the best opportunity to highlight diverse backgrounds or experiences, and those accepted to the University of Texas in recent years opine that the personal statement holds much value in the school's admissions process.

Out-of-state applicants would be wise to submit their applications as early as possible, as the school cannot legally matriculate more than 35% nonresident students. As of the 2013-2014 application season, the Early Decision option at the University of Texas is binding, meaning that applicants are obligated to attend if accepted. Applicants planning to apply Early Decision should take the LSAT no later than the September/October testing, and should apply by Nov. 1. Although UT Law does not require applicants to provide recommendation letters, applicants should definitely send between one and three.

Tuition at UT Law has become breathtakingly high: $33,162 for residents and $49,244 for nonresidents during the 2013-2014 school year. Unfortunately, the Texas legislature has made it more difficult for students to gain residency, starting with the class of 2014. Law School Transparency estimates the total debt-financed cost of attendance to be $171,638 for residents and $231,667 for nonresidents. According to the ABA, UT does give grants to almost 90% of its students (median grant: $7,644), but potential students would be well advised to consider carefully the costs and benefits of a UT Law degree before enrolling. 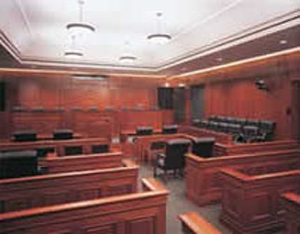 The University of Texas has a reputation for having an outstanding faculty, boosted in recent years by former dean Larry Sager and current dean Ward Farnsworth. Many leaders of various fields of the law teach at UT Law, and students and alumni have continuously expressed their admiration for the school's esteemed, yet accessible, faculty. There was a bit of a scandal in the past few years when Dean Sager resigned amid allegations related to sketchy loans to new faculty members and alleged gender discrimination in faculty pay. But so far, Dean Farnsworth has been getting positive reviews.

During the first year, students are placed in small groups of around 20 students, and will share course schedules with their group-mates throughout the year. Large sections are composed of four small sections, and societies are two small sections apiece. Like every law school, UT requires first-year students to enroll in standard courses, including legal writing. After this first year, and three more course requirements (legal ethics, a writing seminar, and advanced constitutional law), students are free to choose from about 250 courses to round out their J.D. degrees.

According to recent graduates, the school's grade curve, which has a fixed mean, keeps professors from rewarding too many students with high grades, because they would have to give out an equal number of low grades. Some graduates have complained about the school's refusal to place emphasis on class rank, while others have expressed concerns that the size of the law school can keep many students from having a chance to meet. 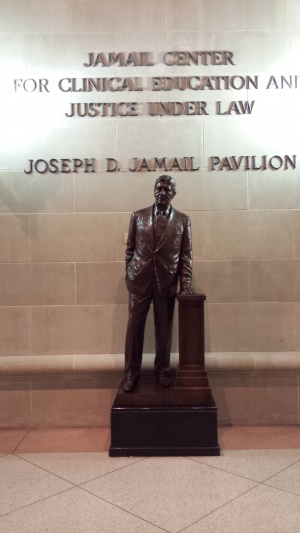 Austin is a major selling point for UT. The city is consistently ranked among the top cities for singles because of its relaxed, youthful vibe and diverse, something-for-everyone social scenes. One recent graduate described the city as having "a mentality that encourages a positive quality of life." Activities seem endless; Austin and the surrounding Texas countryside (including the Colorado River areas and the Hill Country) offer plentiful outdoor activities alongside Austin's many cultural landmarks, bars, clubs, and restaurants.

On Austin's famous 6th Street, live music flows out of the innumerable bars that line both sides. South By Southwest and the Austin City Limits music festival draw visitors from all over the world, helping to give the city its nickname "Live Music Capital of the World." Rainey Street is another fun area just starting to come into its own. Dogs are welcomed in many outdoor bars and cafes.

UT Law also hosts its own social events, including its famous Halloween party (Ex Parte) and weekly "bar reviews" at various Austin hotspots. Many students have noted that the school's placement of students into small sections gives them great opportunity to make friends early on.

Unfortunately, the law facilities tend to be a bit dated -- except the primary faculty offices, which recently underwent a major renovation. The rest of the building gets periodic updates, and the recent overhaul included some student study spaces.

Austin has many housing options as well as social scenes. Many law students choose to live in Hyde Park, the quaint, inexpensive neighborhood just north of the law school. For those who want more updated but more pricey options, the Triangle on Guadalupe and the Mosaic at Mueller are examples of popular large complexes near campus. Generally, it is recommended that grad students avoid living in areas south of the river, because of Austin's notorious traffic issues, and West Campus, the area dominated by undergrads.