The University of Iowa College of Law 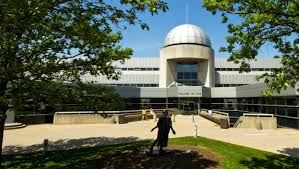 For qualified applicants who prefer relatively quiet Midwestern life to the fast pace of metropolitan cities, the University of Iowa College of Law should be near the top of the list of target schools. Established in 1865, Iowa is the oldest law school in continuous operation west of the Mississippi river, and has earned itself a reputation as one of the finest law schools in the Midwest. Further, the school's location in Iowa City, one of the Midwest's better known college towns, allows students to tackle their rigorous legal studies in a lively environment suited to academic pursuits.

The University of Iowa Law School is a fairly selective law school, as it admits only approximately a third of applicants each year. For the 2008 entering class, the most recent entering class for which extensive published data is available, 1,502 applicants petitioned for entry into the school, of which 569 received acceptances and 194 eventually matriculated. The median LSAT score of those who matriculated to form the 2013 entering class was 161, while the median GPA of this class was 3.59. As medians generally do not change significantly from year to year, applicants with numbers near or above these medians stand a good chance at admission to the law school.

Hope is not lost, however, for applicants with numbers below the typical medians of the University of Iowa Law School, as the school has a "numbers-plus policy" in its admissions process. According to this policy, the school aims to look beyond numerical statistics when reviewing applications and seeks out applicants that could potentially enrich the environment of the school. In particular, factors such as work experience, the overcoming of adversity, and diversity in cultural background are taken into consideration by the school. Applicants able to highlight any of these factors through the personal statement and in other parts of the application improve their chances of admission into the school.

Compared to other top-ranked law schools in the nation, the University of Iowa College of Law charges a low yearly tuition. For the 2014-2015 academic year, resident students paid $21,964 in yearly tuition, while nonresidents faced $39,500. To help students deal with expenses, Iowa provides grants, scholarships, work-study funds, and loans, and 90% of a typical class receives some sort of financial aid.

The University of Iowa Law School enjoys an excellent academic reputation in the Midwest and prides itself on the "student-centered" nature of its academics. The school lives up to this title with small classes and accessible faculty, and also by allowing students to explore interdisciplinary topics in their second and third years. Iowa tends also to first-year students by ensuring that at least one class per semester consists of 30 or less students. Also, after passing standard first-year requirements, Iowa students are free to choose from over 200 course titles in completing their legal education.

Although the school's curriculum is solid across the board, Iowa's international law program is especially reputable throughout the Midwest and beyond. More than one-third of the school's faculty members teach courses or conduct research in the field of international law, and the school provides students with study-abroad opportunities in London, France, and Germany. To further accommodate those students wishing to take their law education across borders, Iowa allows its students to receive credit for participating study-abroad programs hosted by other ABA-approved law schools.

Especially for those wary of big-city life, Iowa City is an idyllic college town and promises to provide a high quality of life. Because Iowa City largely revolves around the University of Iowa, students typically find that the city is both a serene setting in which to study and a lively place to unwind and momentarily escape schoolwork. Housing in Iowa City is ample and cheap, traffic and parking problems are almost non-existent, and safety is rarely an issue. Like other college towns, Iowa City's nightlife is dominated by college students, and there are plenty of clubs, bars and restaurants to choose from. Also, much of the University of Iowa's social scene during the fall semester revolves around the school's football team, providing law students the opportunity to tailgate before football games and to generally enjoy the raucous atmosphere of Big Ten football. In sum, Iowa City promises to be a great, and inexpensive, place to attend law school, and should add to the luster of the University of Iowa Law School.

As one of the most reputable law schools of the Midwest, the University of Iowa College of Law provides students with excellent job prospects throughout the region, namely in the Chicago, Minneapolis, St. Louis, and Kansas City markets. Students searching for jobs outside of the Midwest, especially on the East and West coasts, generally have much more difficulty finding employment, as most of the firms that visit the law school to conduct on-campus interviews are based in the Midwest. Nonetheless, Iowa's expanding alumni network spreads across the nation, and the school's career services officers are said to be dedicated and energetic. Overall, nearly 95% of Iowa graduates are employed within 9 months of graduation in a typical year, slightly more than half of whom accept job offers from private law firms and receive first-year salaries of $100,000 at the median. Ninety-nine percent of those seeking employment (and not enrolled in an advanced degree program) find some within nine months.

For most Iowa graduates, the bar exam is a one-time affair, as upwards of 85% of graduates taking the exam for the first-time in the state of Iowa succeed in passing the exam in a typical year. In 2008, the pass rate was 85.7% compared with the Iowa bar average of 89.5%.

For those interested in studying and working in the Midwest, the University of Iowa College of Law is an excellent place to attend law school. The school's student-centered academics ensure that each student can tailor the legal education to his or her unique interests, while its location in Iowa City ensures that students can pursue this legal education in a setting that is both serene and lively. With excellent job prospects in the major Midwestern markets, the school also makes sure that students are able to get the most out of their law education after graduation.