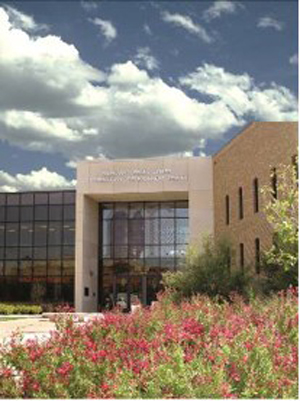 Located in Lubbock, the heart of the Texas panhandle, the Texas Tech University School of Law was established in 1967. Though often overshadowed by the state's heavier hitters -UT Austin, SMU, and the University of Houston- Texas Tech nevertheless provides a firm legal foundation at a price more reasonable than many tier one or two schools.

In 1974, the law school was elected to the Order of the Coif, a prestigious distinction that is offered to only one-third of the nation's law schools. For those looking for a high-quality legal education in Texas at a reasonable price, the answer for many is the Texas Tech School of Law.

Texas Tech's admissions process differs from some other law schools in that they don't use an LSAT/GPA index when evaluating applications. While typically more than 80% of each class are Texas residents, applications from out-of-state students are looked upon favorably as a source of diverse ideas and backgrounds and as a way to extend the law school's reputation in the region.

In fact, out-of-state students who are awarded a scholarship of at least $1,000 qualify for in-state tuition in addition to their scholarship.

For the third consecutive year preLaw/National Jurist Magazine rated Texas Tech Law as one of the Top 20 Best Value Law Schools, which is based on tuition, bar passage rate, and employment rate.

First-year curriculum is pretty standard fare, except for the Legal Practice program. One of the top legal research and writing programs in the country, the "LP" program is one of the main reasons legal employers often comment on the readiness of Tech Law students to perform tasks that students from higher ranked law schools often cannot do right after first-year. The LP program is six hours (3 each semester) and covers not just the typical legal memo, brief, and oral argument, but also teaches ethics, client counseling, and aspects of Alternative Dispute Resolution, as well as drafting of various court documents.

There are a relatively high number of required courses after the first year, though. This can be a double edged sword. On one hand this helps prepare Texas Tech grads for the bar exam and gives them a grounding in many subjects that are generally useful for any attorney to know something about (e.g. tax). On the other hand, it does restrict options for electives and can sometimes make scheduling courses a challenge.

Students and alumni repeatedly cite access to their professors as the thing they like most about the school. Princeton Review put them at #3 on their list of schools with the most accessible professors. The school is firmly committed to the "open door" policy in faculty-student relations. They have eight professors who have been inducted into the prestigious American Law Institute.

Texas Tech has thirteen dual degree programs, ranging from the typical JD/MBA (which can be completed in three years) and JD/MPA all the way to joint degrees in engineering, personal financial planning, biotechnology, and a JD/MD in conjunction with the Texas Tech University Health Sciences Center. There are also certificate programs in Law and Science, Business Law, Health Law, and Legal Research.

The law school gives students the option to learn and study in Mexico, Spain, France, Lithuania, and Australia. These programs are offered under the direction of professors from Texas Tech as well as professors, practitioners, and jurists from around the globe. 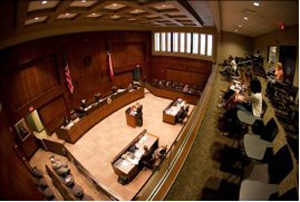 While the main building doesn't have the same Spanish Renaissance architecture as most of the other buildings on campus, the law school got a major upgrade in 2008 with the addition of the Lanier Center. The Lanier Center houses a large auditorium and new moot courtroom, both of which are technologically state of the art. It also has administrative offices such as the clinics, Career Services Center, and Office of Academic Success Programs.

The facilities have the typical other amenities like 24-hour access to the building and library, and wireless Internet access throughout. Students are assigned to study rooms called carrels in the library, which they typically share with two or three other students. The spaces are pretty small, but offer a nice place to at least keep your stuff while in the building. There is also a small cafeteria that sells hot food during lunchtime.

Texas Tech University is the largest comprehensive higher education institution in the region with an enrollment approaching 30,000 students and serving a region larger than 46 of the nation's 50 states.

While students from Texas' major metro areas might be wary of coming out to West Texas, most are surprised to find a vibrant city of 250,000 people. Lubbock has earned the moniker "Hub of the Plains" by being centrally located in the region and rising to a position as the commerce, education and medical hub of the South Plains. An easy five-hour drive in any direction could put you in Dallas-Ft. Worth; Santa Fe, NM; Oklahoma City, OK; or Big Bend National Park.

Lubbock has enough entertainment and activities to keep most law students content. The Depot District features theaters, upscale restaurants, shops, pubs and nightclubs. Lubbock is also the home of Buddy Holly and has built up a respectable live music scene. The presence of a large university attracts many national touring music and theater acts. Someone looking for the hustle and bustle of a big city should probably choose another law school. However, current students say that Lubbock has enough to offer that you can always find something to do, but not so much that it distracts from focusing on their studies.

Texas Tech graduates tend to perform quite well on the Texas bar exam. In July 2009, 94.5% of Texas Tech law grads passed the bar, giving them the highest pass rate of any school in the state. They've accomplished this numerous times, including their first graduating class in 1970 that had a 100% pass rate. 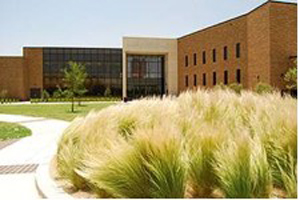 Graduates of the Texas Tech traditionally enter private practice in Texas as associates of established law firms. While the vast majority of graduates take their first jobs in Texas, this probably has more to do with the fact that more than 80% of their students are from Texas to begin with. Graduates from the class of 2010 that went out of state found positions in places including Arizona, California, Florida, Georgia, and Washington, D.C. For the Class of 2010, 93% were employed nine months after graduation, which is commendable given the economic climate at the time. More than half went into private practice (54%), and the next largest groups were government and business at 18% each. The top cities for graduates in that class were (in order) Dallas, Austin, Houston, Amarillo, and Ft. Worth.

Any student in Texas should have Texas Tech on their list of schools, either as a reach or a safety. It offers a solid education for students interested in a practical education, but is also rigorous enough to challenge gifted students, all for a sticker price well below its competitors. Comparing the tuition at top Texas schools, students with high numbers might be well served to take a big scholarship offer from a school like Tech Law over those bigger name schools.