Located in downtown Philadelphia, the Temple University James E. Beasley School of Law (also known as Temple Law School or Temple Law) is one of the professional graduate schools of Temple University. Founded in 1895, the law school has an enrollment of about 530 students. In 2016, Temple Beasley School of Law was ranked the 50th best law school overall and 2nd best for Trial Advocacy training by US News & World Report. Temple Law consistently boasts a top-five national ranking in Trial Advocacy, and is a perennial powerhouse in national Mock Trial competition. Temple Law also offers a highly rated evening program for working students; its evening program was ranked 6th overall by US News & World Report. [1]

According to Law School Transparency, Temple's class of 2012 had a 52% employment score, which means the percentage of graduates who found full-time, long-term legal jobs, excluding those who tried to go solo. One reason why the school claims to have a higher employment rate than this is that it hired 23 graduates from the class of 2012 for short-term, part-time work-that's over 8% of the class. For the class of 2011, only 5% of the class got their jobs through Temple's on-campus interview (OCI) program, and about 45% had jobs lined up by graduation. 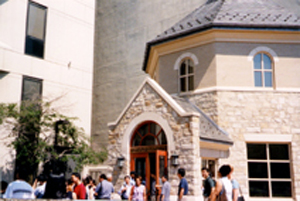 On a more positive note, 30 graduates in the class of 2012 secured jobs at large firms (more than 100 attorneys), whose salaries usually start in the six-figure range. Twelve students obtained coveted federal judicial clerkships, and six were pursuing further graduate education. Thirty-one worked full-time in government and eight in public interest, for a public-service score of 13.2%.

For comparison, Law School Transparency estimates the total debt-financed cost of a Temple J.D. at about $150,000 for Pennsylvania residents and about $200,000 for out-of-staters. If you are considering attending Temple, consider carefully how much you want to spend for basically a coin's-flip chance at any full-time, long-term legal job, let alone one that pays enough to service that large a debt.

In the July 2012 administration of the Pennsylvania bar exam, about 87% of Temple's first-time takers passed. That's higher than Pitt's rate (83%) and the overall Pennsylvania first-time pass rate (83%) but quite a bit lower than Penn State's (about 96%). Most Temple students who found jobs ended up in Pennsylvania (167 grads); New Jersey (19) and Delaware (11), were other common destinations. 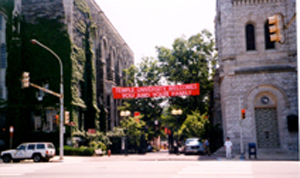 Law schools have been ratcheting up their tuition drastically over the past few years. For Temple's 2012-2013 school year, tuition alone is $32,078 for full-time nonresident students and $25,668 for part-time nonresidents. For Pennsylvania residents, those numbers drop to $19,148 per year for full-timers and $15,318 for part-timers. The law school has estimated the annual cost of attendance, which includes living expenses, books, and myriad fees, in 2013-2014 at a whopping $56,390 for full-time nonresidents and $42,620 for residents. (Part-time students pay around $4,000 or $7,000 less per year, depending on residency.) Without even taking into account interest and rising costs, that's a three-year total of about $170,000 for nonresidents and $128,000 for residents. Add in $20,000 or $30,000 for total interest, and that's one expensive degree. Keep in mind that education loans are generally nondischargeable in bankruptcy. 11 U.S.C. 523(a)(8).

U.S. News reports that in 2011, close to 60% of full-time Temple students received grants, but the median grant was a measly $7,500. For those who borrowed money in the class of 2011 (about 90%), the average indebtedness was over $80,000. Temple does offer a loan repayment assistance program (LRAP) for those lucky enough to obtain a full-time legal job with a qualifying public interest employer. The current income cutoff is $55,000.

Simply put, think long and hard before attending Temple without a large, no-strings-attached scholarship or a guaranteed job after graduation. In 2011, 23 of 99 students lost all or part of their scholarships after their first year. In addition, last year saw 5.2% of the 1L class drop out, along with 6.7% of the 2L class and 1.8% of the 3L class. 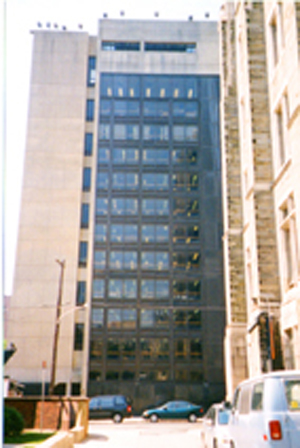 Temple offers a summer program in Washington, D.C., for those interested in law and public policy. In this program, students pay three to six credits' worth in tuition for the privilege of working in unpaid internships. Like most law schools, Temple offers clinical opportunities and practicums (externships for credit).

Though Temple likes to tout its "nationally ranked" trial advocacy and LRW programs, bear in mind that so-called specialty rankings do not correlate well with employment outcomes. Also, many law students change their career goals several times in law school, so choosing a school based on a specialty ranking may not be a wise decision.

Located on North Broad Street, Temple Law School and Temple University exist in their own enclave in Philadelphia. While the surrounding neighborhoods are not necessarily bad, the university has made a concerted effort to buy nearby buildings and gradually increase its holdings in the area. Temple has a pleasant campus with an eclectic presentation of buildings and enough green areas to provide relief for a student seeking a moment away from the city. The university has its own subway stop and train station, so Temple students have easy access to all of the restaurants, shopping, and cultural attractions Philadelphia has to offer. The law school sits on Broad Street directly across from the Liacouras Center, which hosts numerous sporting events and concerts, a state-of-the-art recreation facility, and a Starbucks.

With over 38,000 students, Temple University has a diverse student body from a wide array of backgrounds. Students can enjoy themselves at the student union, cheer for sports teams, or work out at the fitness center. Tickets to most sporting events are free for students, and the student government does a great job pushing for weekend tailgates.

There's a wide array of students clubs and organizations, most hosting numerous happy hours and gatherings in Center City and at the nearby Draught Horse bar. Temple University is a wet campus, and it's not uncommon for beer and wine to be provided at student events, club meetings, and panels. 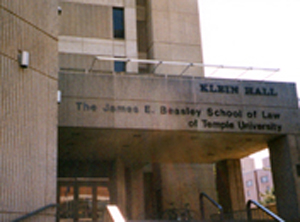