Founded in 1911 and located in the Mid-Wilshire region of Los Angeles, Southwestern College of Law was founded as a nonprofit, nonsectarian law school that reaches out to 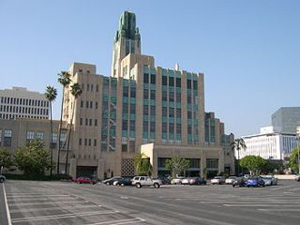 women and minorities. Accredited by the ABA in 1970, Southwestern Law's ongoing mission is to provide "progressive legal education programs that prepare students with diverse backgrounds to earn positions of responsibility and trust within the legal profession and the community."

For 2009-2010, full-time tuition cost $36,950. Part-time tuition cost $22,250. The previous year, Southwestern Law provided about 30 percent of its full-time students and 18 percent of its part-time students with some form of grant aid. The median amount was $15,000 per full-time recipient and $8,000 per part-time recipient. Despite this aid, graduates from Southwestern Law left with an average of $107,383 in debt in 2009, which may be partially explained by the high cost of living in Los Angeles. To help students who wish to take on lower-paying public interest work, Southwestern Law offers a loan repayment assistance program.

First-year students will have a typical lecture size of 76 students. The school has 81 faculty members and a student-to-faculty ratio of 14.3 to 1. All 1Ls have the same schedule of requisite courses, including criminal law, civil procedure, contracts and lawyering. Unlike most other law schools, Southwestern Law offers first-years some choice in their schedule, as they are allowed to choose between torts or property in their first year and select an elective. There is also a 24-month alternative JD option known as SCALE, which immerses students in off campus externships and 18 hours of class per week.

The law school's "cutting edge curriculum" has been recently reworked and "promises more study time, electives and professional focus." Students hope this change will reduce the stress associated with the first-year experience. As at most Tier 3 law schools, Southwestern Law's curriculum is described as difficult and the grading curve as harsh, but the students stick with it. Only about 2 percent of students did not return for their second year.

Occupying nearly two city blocks a few miles southeast of Beverly Hills, Southwestern Law's campus has an urban feel that has been described as tranquil, beautiful and historical. The law school is a short drive from beautiful beaches, bars, restaurants, clubs and theatres. On top of this, students have the privilege of enjoying Southern California's year-round sunshine.

Housing throughout Los Angeles is available for students on a budget or for those willing to pay for luxury. Regardless of a student's digs, one should be aware of the city's infamous rush-hour traffic relative to where one chooses to live. Otherwise, the commute can become a daily annoyance.

In 2008, 95 percent of graduates were known to be employed within nine months of graduation in any type of job. Of those, 91 percent were working in California, earning a median of $77,000 in the private sector, though only 29% of grads reported their salaries, and $61,000 in the public sector. While California offers a bustling legal market, it also comes with serious competition from big-name schools. There are six Tier 1 schools in the state, and many graduates of top law schools from around the country come to Los Angeles to work. Despite this, current students at Southwestern Law say finding a job in Southern California shouldn't pose too much of a challenge. However, if you are looking to work outside of Southern California or in a big firm, you will need to be in the top 5 to 10 percent of your class.

The location and new curriculum at Southwestern Law are undeniable draws for prospective students. However, an average of $107,000 in debt and slim chances at obtaining a big-firm salary should counterbalance those draws. The private sector median salary is decent at $77,000, but this does not erase the risk inherent in taking on so much debt. The California bar is a challenge for all students who take it, but Southwestern Law's relatively low pass rate should give pause to the prospective student. Indeed, there is nothing like going to school in Los Angeles. For students who crave this experience and who definitely want to practice in California, Southwestern Law can be a worthwhile choice.