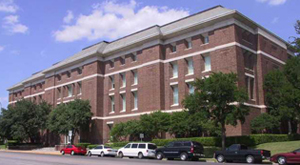 The SMU Dedman School of Law is one of two law schools in Dallas and is widely considered to be among the finest law schools in the Southwest region.  Located on a lush tree-lined campus in what is regarded as the most prestigious section of Dallas, SMU Law provides its students with a wonderful setting in which they can pursue their legal education.  Upon graduation, these students enjoy tremendous job prospects in Texas--especially in Dallas--and most choose to begin their law careers within the state.  For applicants hoping to do the same, SMU Law should be near the top of the list.

Receiving over 2,500 applications in a typical year, SMU Law School must be highly selective in its admissions process.  For its full-time program, the school usually receives about 2,000 applications and hands out admissions offers to approximately 450 students, around 175 of whom matriculate to form that year's day-division entering class.  For the 178 students who came together to form the 2009 full-time entering class, the median LSAT score was 164, while the median GPA was 3.76. In general, applicants with numbers near or above these medians should be competitive in future application cycles. For applicants with lower numbers, the part-time program serves as another opportunity to enter SMU Law, as the median numbers of its entering classes are of course considerably lower than the full-time division. In 2009, the LSAT median of the entering class of this part-time program was 159, and the GPA was 3.62. Applicants should also keep in mind that SMU Law, like most other law schools, aims to put together a diverse student body, and thus may admit students who offer diversity to the student body into either of its programs with numbers that would usually exclude them from consideration.

In terms of tuition, SMU Law is fairly expensive for a school of its rank, although the school does offer a significant amount of scholarships and grants.  For the 2009-2010 academic year, the tuition cost of attending the full-time program at SMU Law was $38,406, while those in the part-time program were charged $28,805. Because Southern Methodist University is a private institution, there is no difference in tuition costs for residents of Texas.

As is standard practice, SMU Law requires its students to enroll in a mandatory first-year curriculum before allowing them to explore the legal field through the many elective courses available at the school.  Most first year courses consist of about 90 seats, while upper-level courses, of which 134 are available, are for the most part limited to less than 25 seats.  Asides from required and elective courses, students can choose to apply credits from law review, externships and clinics towards their 87-credit JD degrees, and must perform 30 hours of public service prior to graduation.  SMU Law students can also choose to take their legal education beyond American borders if they wish to do so through the school's study abroad program at the University College at Oxford University.  Lastly, several joint degree programs are available to students wishing to broaden their legal education while at SMU.

SMU's location in University Park, one of the most prestigious neighborhoods of Dallas, contributes to the high quality of life enjoyed by students at the university and at the law school.  The law school facilities are self-contained and located on the gorgeous and green university campus, and have recently been updated through extensive renovations.   Law students enjoy a newly built parking garage and dining hall at the law school, and also have access to the many facilities of the larger SMU campus, including facilities for childcare, housing options and fitness centers. Housing available on campus is highly praised by law students, and off-campus housing options are affordable and suitable in close proximity to the law school.  In terms of nightlife, law students enjoy the variety of bars, clubs, and restaurants typically available in large metropolitan cities such as Dallas, and also participate in weekly happy hours arranged by the Student Bar Association.  Traffic can be avoided through use of Dallas's efficient public transportation system, and safety is rarely an issue at or around the law school. 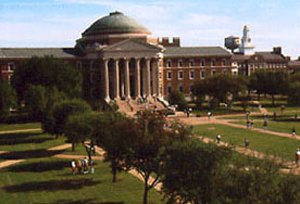 In the great state of Texas, employment prospects for SMU Law students are tremendous.  Many top firms from around the state, including those in the huge legal markets in Houston and Dallas, visit the SMU campus each year to interview law students, many of whom land jobs before graduation through these on-campus interviews.  Students for whom on-campus interviews are unproductive can look to the school's career services office and its alumni network, whose combined efforts result in high rates of employment for SMU Law students within 9 months of graduation--over 96.4% for recent graduates. Students wishing to land employment outside of Texas and the Southwest will likely have a tougher job search, as SMU Law is a regional school with a reputation that wanes as one looks outside of the Southwest.  Of course, the job prospects of those graduating near the top of their class will likely be much less regional, and the school's alumni network, which has spread throughout the nation and the globe, promises to be an invaluable resource to students looking for jobs outside of the Southwest.

In terms of bar passage, SMU Law students generally excel, evidenced by the fact that more than 85% of SMU Law students sitting for the exam for the first time in the state of Texas in July 2015 successfully passed, compared to an 72% overall passage rate (for first-time takers) for the same administration.

Applicants with a fondness for Texas and the Southwest should give the SMU Dedman School of Law serious consideration.  The school is among the finest in the region, and offers its students great job prospects in Texas and its neighboring states.  While at SMU, most will likely enjoy a high quality of life that comes about in part as a result of the beautiful university campus on which the law school is situated.