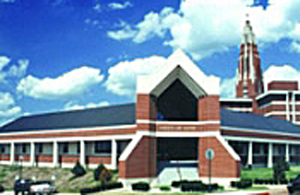 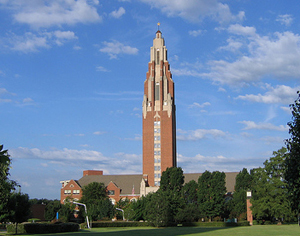 OCU has a typical 1L class size of 70 students. The law school has 49 faculty members and a student-to-faculty ratio of 15.3 to 1. First-year students at OCU are required to take a number of courses including civil procedure, contracts, legal research and writing, torts, criminal law and property. Professors are described as friendly, helpful and approachable. Current students say the workload and grading are tough and are designed to create some attrition. About 16 to 17 percent of OCU law students do not return for a second year.

Students at OCU love the quality of life of the city and university. The university campus is described as safe, traditional and pretty. There is on-campus housing available for law students, but most students live off campus to take advantage of the city's low housing costs. The food selection on-campus is described as very good, though there are many feasible options off-campus.

Oklahoma City has undergone some recent changes that may be of interest to prospective students. There is a new NBA team, a new baseball stadium, and a gorgeous riverfront recreation area. Apart from these more recent amenities, Oklahoma City offers the benefits of a large city (many bars, restaurants, and theaters) without the high cost of living. The university also has numerous clubs, sports teams, parties and activities that law students can take advantage of. Overall, students at OCU seem quite happy with their quality of life and their decision to attend.

In 2007, 90.9 percent of OCU graduates were known to be employed within nine months of graduation. Of those, 65 percent worked in Oklahoma and the rest were clustered in Texas, Louisiana, Arkansas, or the South Atlantic states. OCU graduates recently earned a median salary of $50,000 in the private sector and $41,250 in the public sector.

Current students say the Office of Career Development is good for networking, but has no other apparent benefits. They claim OCU's prestige is equivalent to other schools in the region and that finding a job in the southwestern United States should not be too difficult for graduates. Still, students say there is a dearth of big law firm jobs in the region. Because its reputation is mostly regional, positions in larger, more-populous areas have been harder for OCU graduates to get.

In 2009, 93 percent of OCU graduates passed the state bar exam, only slightly trailing the two other ABA-accredited law schools in the state, University of Oklahoma (95 percent) and Tulsa University (94 percent). This figure indicates that OCU students, like those from other law schools in the region, are well prepared for the Oklahoma bar.

OCU provides plenty of draws for prospective students. Its location puts students within arm's reach of a number of firms, government positions and nonprofits in the state's capital. The low cost of living would normally help a struggling student, but OCU nulls that benefit with its high tuition. Prospective students should recognize OCU is the most expensive law school in the state. The median salaries for graduating students are $50,000, and the average debt runs upwards of $100,000. Anyone who wants to practice and live in Oklahoma City should consider OCU, but before enrolling, students without a substantial scholarship should hedge their options wisely.