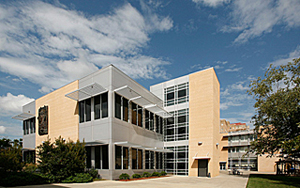 In 2009, students entered with median LSAT scores and GPAs of 150 and 3.3. The admissions process at Mississippi College is not too competitive. Each year, about half of all applicants are offered admission. In 2009, the figure was 56.6 percent. Students with numbers at or below the medians ought to polish their personal statements and carefully select their recommenders. The law school also offers a five-year, part-time Executive Law School Program, which caters to "business people, educators, real estate professionals or medical personnel who…can't give up their current employment."

Mississippi College's typical 1L class size is 90 students. Like most other law schools in the country, first-year students at Mississippi College take a number of requisite courses including civil procedure, contracts, torts, criminal law, legal writing and research and property.

Students say the academic program is intriguing and challenging. They also say the grading curve, set to a C average, causes about 12 percent of students to leave law school before the second year. Beyond the curve, students say the curriculum at Mississippi College is practical. The Socratic Method is used extensively, even in upper-level classes. The law school's primary goals are to prepare students for the bar and to develop graduates with sound legal skills.

Students at Mississippi College have several housing options. A number of apartment complexes in the area are accessible to law students. The college has on-campus housing as well. The law school recently added two new buildings to its campus and fully renovated one of its old buildings. Wireless Internet now runs through every law school building. While students say that security on campus is not a problem, they also say the same does not hold true for downtown Jackson, where the school is located. Even so, the area offers restaurants, bars and a low cost of living, all of which heighten the quality of life for Mississippi College students. Because of the law school's focus on teaching with "Christian principles' applicants who are uncertain may want to visit the law school to ensure that it is a good fit.

In 2008, 89.8 percent of graduates were employed within nine months of graduation. The median salary for these students was $75,000 in the private sector and $51,500 in the public sector. Of those known to be employed, 66 percent worked in the state of Mississippi. Current students say the school's location in downtown Jackson helps during on-campus interviews with local firms. Despite a strong regional reputation, the law school is virtually unknown beyond the state. Most students who desire working outside of Mississippi will have to rely on their networking and marketing skills to find a job.

There are several pros and cons to attending Mississippi College for law school. Its location in downtown Jackson bolsters employment prospects, but students will find themselves in a bind if they want to work outside of the state. Debt upon graduation, about $86,000, is not that bad when one considers the median $60,000 private sector salary. For students or professionals who want to study, work and ultimately live in the state of Mississippi, Mississippi College is a law school to consider.