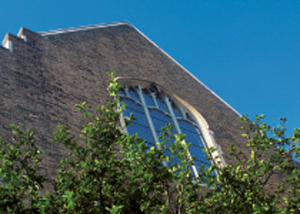 Despite the steep tuition commonly associated with private law schools, Marquette University Law School offers many compelling options for its graduates, especially those wishing to stay and practice in Wisconsin or with a strong interest in sports law. As a tier two school, generating a ranking of #91 from US News reports, there is a good incentive to attend this school, especially for people interested in building a career in sports law.

Most recently, they've accepted roughly 40% of applicants. Those who matriculated sported median GPAs and LSAT scores of 3.39 and 157, respectively, with the 25-75% ranges falling between 3.07-3.61 for GPA and 154-159 for LSAT score. Applicants with numbers at or above the medians should feel comfortable about their chances for admission, but of course one should not undervalue the importance of strong soft factors and a good personal statement. Students applying with multiple LSAT scores will have their highest score evaluated, but are encouraged to provide a written addendum explaining why their LSAT score increased.

Annual tuition is over $32,000, and book, living expenses in Milwaukee, and fees add another $19,000 (est.) on top of that. Thus, those looking to attend Marquette (barring those receiving substantial scholarships or financial assistance packages, of course) must balance carefully the benefits of holding a Marquette JD against the over $150,000 expense of acquiring it. 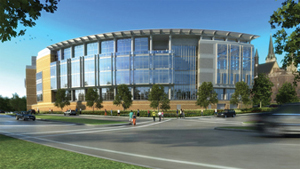 Employment prospects for graduates of Marquette University Law School are much like those for graduates of similarly-ranked law schools, which is to say that Marquette Law School is largely a "regional" law school. The vast majority of graduates choose to take the bar in Wisconsin, where the bar passage rate has been a stunning 100% (although this is due to Wisconsin's policy of diploma privilege, allowing graduates of U. of Wisconsin (Madison) and Marquette who meet certain coursework and grade requirements to automatically pass the bar).

Employment prospects, while not dazzling, are certainly respectable. Although only 66.7% of 2007 graduates were employed at graduation, the figure improved to 96.7% within 9 months of graduation. It is worth noting, however, that these figures reference only the percentage of graduates who were employed in any capacity, not necessarily those pursuing legal careers. Also worth noting is the median private-sector salary of Marquette, which is $73,060, about 50-70% of what one finds at top-ranked schools with comparable tuition prices. This is lower than that of even some tier 3 schools such as University of the Pacific, which has an average full-time private-sector starting salary of $75,000 (granted the cost of living is lower in Wisconsin, but one must judge whether that makes it worth the salary gap).

Marquette University Law School has several specialty programs, the most notable of which being their sports law program, deemed by many to be the finest in the nation. They offer a number of specialized sports law courses, have internships available with many of Milwaukee's sports organizations, and publish a Marquette Sports Law Review.   Additionally, Marquette has specialty programs in health care law, intellectual property law, and alternative dispute resolution. It should be noted, however, that small class sizes are not always the norm as Marquette has a full-time enrollment of over 500 and a student-to-faculty ratio of 16.3-to-1.

Milwaukee, the 22nd-largest city in the United States, is not a place lacking for things to do. When not busy with the day-to-day work of a law student, Marquette Law School Students are surrounded by the potential adventures urban living affords. There are professional sports teams (The Milwaukee Bucks and the perpetually-heartbreaking Milwaukee Brewers), art museums (3 of them, including the Haggerty Museum of Art which is located on the Marquette campus), and a number of other potential diversions.  The Marquette Law School will benefit from the completion of a state of the art new building, Eckstein Hall, which is expected to be completed in Fall 2010.

For those with aversions to winter weather, Milwaukee is probably not the ideal destination, as it is the second-coldest major US city behind only Minneapolis. Milwaukee is generally known for being accepting towards its LGBT community and has many gay districts and establishments (it was the first major US city to establish a policy of non-discrimination regarding sexual orientation and was rated the #1 city for lesbians by Girlfriends magazine). Violent crime, enough of a problem to get Milwaukee ranked as one of the 10 most dangerous big cities in the US, has dropped substantially between the 1990s and now.

Marquette Law School has a strong brand name, especially within the State of Wisconsin. It's graduates benefit from often not having to sit for the state bar exam, but this brand recognition does not necessarily translate into high salaries or even employment - a fact which must be weighed heavily against the cost of tuition.  For those looking for employment within Wisconsin or neighboring states or those focused on sports law, Marquette Law School is an option to consider.