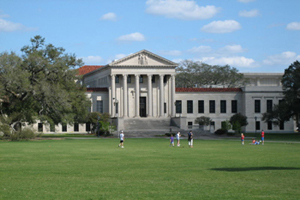 The Paul M. Hebert Law Center, located on the LSU campus in Baton Rouge, combines reasonable tuition with a decent spectrum of job opportunities for those willing to stay in Louisiana.

Based on the numbers, gaining admission to the Hebert Law Center (henceforth referred to in this profile as "LSU Law School") is slightly easier than its' peer schools. The medians of accepted applicants were 3.44 for GPA and 157 for LSAT. In 2008, LSU Law School averaged an acceptance rate of 38.4%. While this does imply that one faces plenty of competition in gaining admission, those with numbers above the medians and a strong personal statement should feel confident.

Once an admitted applicant makes the decision to attend LSU Law School, there of course arises the issue of paying for tuition. With mandatory fees included, tuition for Louisiana residents comes to a very reasonable $14,470 a year - an amount made even more reasonable when one considers the low cost of living in Baton Rouge, LA as compared with that of major cities like New York, LA, Chicago or even Houston. Out-of-state students pay an additonal "nonresident fee" which brings the total cost of tuition to $25,566.  While this is higher than in-state residents, it is still a bargain when compared with private school tuitions that can be as much as $10,000-$20,000 more per year.

The low tuition makes LSU Law School a compelling option for students (especially residents of Louisiana) who wish to graduate debt-free or who wish to pursue traditionally lower-paying options, such as public interest law. 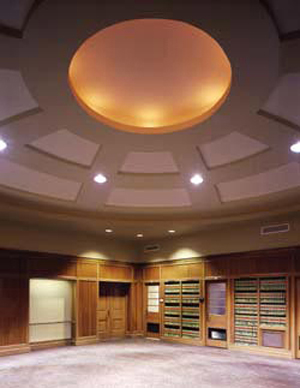 It is perhaps not shocking that the majority of graduates opt to take the bar in the State of Louisiana. Over the past 7 years, LSU Law School grads have averaged a first-time bar passage rate of 82.6% in LA - somewhat impressive on its own, but far more impressive when one considers that this is a full 13.1% higher than the LA state average during this time and higher than the 78.6% averaged by graduates of better-known Tulane.

Although LSU's Hebert is a regional law school, meaning that graduates will likely have a difficult time finding employment outside of Louisiana or the immediate vicinity (though it is still possible, just chancier and requiring of more legwork on the part of the graduate), those willing to stay inside the state of LA are faced with a number of good options. As of the most recent reporting, 94.4% of graduates were employed after 9 months.

These grads go on to work in a number of different capacities. The majority - 51.8% of graduates - choose to work in private practice. Still, a healthy amount (17.90%) opt for judicial clerkships, meaning for those interested in prusuing that route, Hebert can be a fine choice. The remainder are split between government, military, public interest, corporate law, and academia (a little over 3% choose to pursue an additional degree). The average starting salary was $63,401, which is comparable to that earned by graduates of similarly-ranked law schools. The maximum salary earned by an LSU grad in the Class of 2008 was $160,000, implying that coveted "biglaw" jobs are available to some LSU grads, but it is safe to assume that these individuals graduated at or very near the top of the class.

Louisiana, with its history as a French colony, is the only state in the union that is a civil law state as opposed to a common law state. Because of this LSU Law teaches both systems, meaning that a total of 97 hours are required for graduation (more than any law school in the US). Because of this, many students wishing to pursue a joint degree find balancing these requirements with those of a second degree program to be an onerous process. Nevertheless, grounding in both legal systems is an essential component of a legal education that is to be relevant when practicing in Louisiana.  Because LSU Law School teaches civil law in addition to common law, this further limits the portability of the degree outside of Louisana. 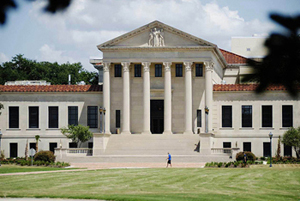 It needn't be said that fans of college sports will not be disappointed during their time at LSU. The Tigers are perennial national championship candidates in NCAA football, and a basketball powerhouse as well. LSU fans are known to be among the rowdiest and most enthusiastic of any college sports fandom in the US, meaning this could potentially become a very rewarding facet of the non-academic portion of an LSU student's law school career.

But there is more to do in Baton Rouge than just follow SEC sports! While most folks probably wouldn't tick off Baton Rouge when listing major American cities from the top of their head, the metro area has a population of nearly 800,000, making it the 84th-largest city in the US. Baton Rouge is a major center of the petrochemical industry, so it's safe to assume that fans of petrochemicals will not be disappointed by their time living there. Due to the sheer size of LSU, Baton Rouge has a bit of a college town feel, which means there are plenty of restaurants, bars and public spaces geared towards younger adults. The recently-opened Shaw Center for the Arts features theater and a well-regarded visual arts gallery.