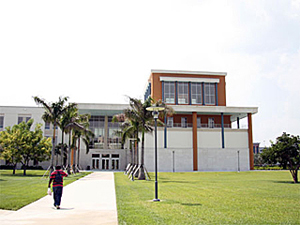 Florida International University was established by the state legislature in 2000. The school received provisional ABA approval in 2004 and was fully accredited two years later. FIU offers both full- and part-time J.D. programs and is ranked No. 113 in the latest U.S. News list and No. 60 among part-time schools. 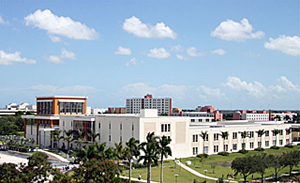 FIU's first-year classes typically consist of 80 students. The law school has 41 faculty members, 156 first-year students, and an overall student-to-faculty ratio of 14.4 to 1. First-year students are required to take courses in torts, contracts, constitutional law, legal skills property, civil procedure, criminal law and international comparative law. Students have reported to TLS that FIU curves harshly to weed out weaker students. Due to this tough curve, 11 percent of students do not return after their first year. The students who make it through have said that they are impressed with FIU's faculty, classes and collegial atmosphere.

The Princeton Review currently ranks FIU as the second-best environment for minority students and third for most diverse faculty.

The College of Law's facilities are new, with a recently remodeled library. As the campus is near South Beach, Miami Beach, and Coconut Grove, students find plenty of fine restaurants, beaches and bars to frequent. The law school is diverse and has a minority enrollment of 63 percent. It has also been recognized by Hispanic Business Magazine for its diversity. Housing is reported to be plentiful on and off campus.

According to Law School Transparency, 60.7% of the FIU class of 2011 found full-time, long-term legal employment. For the class of 2010, the school reported to U.S. News that 90.1% of graduates were employment nine months after graduation. The school does not release much specific employment information; notably, it appears not to release salary information for its graduates. As of 2009, the median private-sector salary for FIU graduates was $54,000, and the median public-sector salary was $42,000. Almost all employed FIU graduates practice in Florida.

In the February and July 2012 administration of the Florida bar exam, 81.4% of FIU grads passed. That's almost two percentage points higher than the average for Florida bar passage (79.32%). 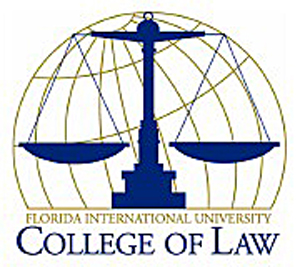