The Drexel University Thomas R. Kline School of Law opened its doors in August 2006 and received full accreditation by the ABA in August 2011. Law School Transparency gave Drexel's class of 2012 an employment score of 46.5%, which means that as of nine months after graduation, only 46.5% of graduates were able to secure full-time, long-term employment in a position requiring bar passage.

The most important statistic available to prospective law students is Law School Transparency's employment score. That indicates the number of graduates who, nine months after graduation, were able to find long-term, full-time jobs requiring bar passage. For Drexel's class of 2012, the employment score is only 46.5%. One hundred fifty-five students graduated from Drexel in 2012, and 75 obtained full-time jobs as attorneys. 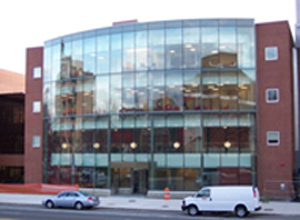 If you take on a typical amount of debt to go to law school (over $100,000), there are only a few jobs that pay well enough to allow you to service your debt load. Those jobs are usually in large law firms (more than 100 attorneys) or with federal judges, whose clerks can often land the big-firm jobs afterward. One student obtained one of those coveted clerkships, and a total of nine (less than 6% of the class) secured jobs in large firms. On the positive side, 14.2% of graduates obtained long-term, full-time employment in government or public interest positions.

The three most common employment destinations for Drexel grads were Pennsylvania (72 alumni), New Jersey (14), and New York (4). In the July 2012 administration of the Pennsylvania bar exam, 80.91% of Drexel alumni passed on their first try, compared to 83% of all first-time bar takers in the state. Among all the law schools that place significantly in Pennsylvania, Drexel's employment score is the second-worst, behind only Widener University.

As with most law schools these days, Drexel's tuition and cost of attendance are high. For the 2013-2014 school year, the school itself projects that the total cost of attendance for 1Ls will be $61,475, of which $40,230 is tuition.

A couple of years ago, Issa DiSciullo, the assistant dean for admissions, gave the following statement about financial aid:

We are committed to helping students finance their legal education as best as we can. We understand the rising costs of legal education and have been committed to providing academic scholarships to as many students that qualify. All students who apply to the School of Law are automatically reviewed for merit scholarships. Throughout our history, the university has provided us tremendous support which has been instrumental in our achieving such rapid success. This support has included ample financial support, which permits us to make competitive scholarship offers to qualified students. Reflecting this level of support, last year approximately 75%-80% of our students received academic merit scholarships varying in amount from $2,500 to $30,000 per year. Approximately 75%-80% of our students received academic merit scholarships. 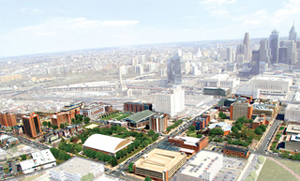 Located in the "heart and soul of Philly," Drexel offers its students a good quality of life. Its western Philadelphia campus is right next to the University of Pennsylvania, which allows for a "very nice college environment right in the middle of such a large metro area." Students can enjoy an array of restaurants, museums, and bars.

If you're interested in sports, the city provides plenty in that regard as well. The Philadelphia Phillies, Flyers, and 76ers are all renowned sports teams with rich histories. In your scarce free time as a law student, you should have plenty to do in the bustling city of Philadelphia.

Housing options for students are numerous and students tend to "live all over the city." One friend of two Drexel students remarked that they lived "within walking distance of the law building," but students come from areas as diverse as the "Atlantic City area, Lancaster and Reading." Even if you don't live within walking distance of the law school, there are public transportation options available in Philadelphia.

Finally, with around 30 organizations on campus, students have plenty of different extracurricular activities to choose from. Those interested in politics can get involved with the Drexel Law Democrats or the Drexel Law Republicans, and the school offers clubs for many different ethnicities (the Black Law Student Association, the Latin American Law Student Association, etc.). Some other choices include the Business Law Organization, OUTLAW (LGBT Students), and the Running Club.

In 2012, the student body (422 total) was made up of 68.2% white students and 31.8% nonwhite students. The class was divided between 56.7% male and 43.3% female. Thirty-one U.S. jurisdictions were represented in the class of 2015, and students hailed from 90 different undergraduate institutions.

Because the law school building was only built very recently, its facilities are new. The school boasts such amenities as "a 2-story atrium and balcony area for informal meetings, receptions, and group study," "campus-wide internet access," and a two-story library complete with quiet study areas. The school also has several large classrooms, one of which doubles as a moot courtroom.

Students at the Kline School of Law can participate in the Drexel Law Review, a student-run journal. Membership on the journal is determined solely through a write-on competition, where students are required to pass a Bluebook citation test. Even if you're at the top of your class, you need to make sure to do well on the write-on competition.

Drexel offers a "co-op program," which is basically a one-semester externship program with local legal entities and government bodies organized by the school. The school also offers several clinics as part of its practical training opportunities.

Drexel requires its students to complete at least 50 hours of pro bono work. Clinical work counts toward the requirement. Students can also get involved in other public interest opportunities provided by the school.

Drexel offers what it calls a "loan repayment assistance program." But unlike real LRAP loan-forgiveness programs, Drexel's program provides $2,000 loans annually (or less, if the budget runs out) to students making less than $50,000 in certain public interest jobs. 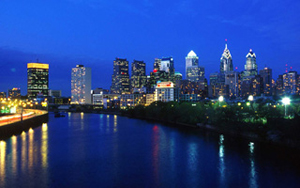 It is helpful to look at costs of going to law school and employment outcomes.