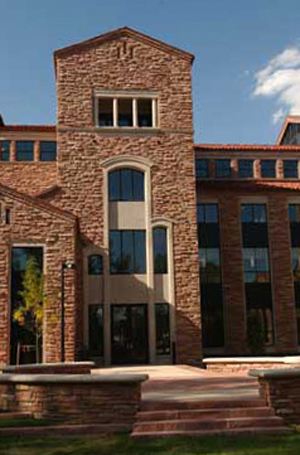 Located at the base of the Rocky Mountains in beautiful Boulder, the University of Colorado School of Law is considered by many to be the best law school in the Mountain West region, and offers a nationally ranked environmental law program. Especially for applicants who hope to land employment in Colorado and its neighboring states, the University of Colorado Law School is a promising option. Residents of the state of Colorado should also give the school serious consideration, as its public standing allows the school to offer residents a lower rate of tuition.

With thousands of applicants annually vying for 175 seats, the admissions process of the University of Colorado Law School is highly selective.  Recently, the U. of Colorado Law School has received about 3,000 applications in a typical year, of which fewer than 700 are approved, with 180 of those accepted matriculating to form that year's entering class.  For the 2010 entering class, the median LSAT score was 164, while the median GPA was 3.61. Generally, applicants should have numbers near or above these medians to be competitive in future admissions cycles at the U. of Colorado Law School, and of course, applicants with numbers significantly higher than these medians should have a good chance of receiving merit scholarships. Hope is by no means lost, however, for applicants whose numbers fall well below these medians, as the University of Colorado Law School, looks beyond the numbers when making admissions decisions, and attempts to form entering classes diverse in ethnicity, experience, and background. Thus, applicants, regardless of their numbers, could increase their chances at admission if they are able to demonstrate in their applications ways in which they can offer some sort of diversity to the University Colorado School of Law student body.

As mentioned in the introduction, the public standing of Colorado Law allows residents of the state to attend the school at a relatively low cost of tuition- $28,934 for the 2010-2011 academic year.  For non-resident students, the tuition rate during the same year was $35,138. It bears mention that according to the school, non-resident applicants may be able to establish residency after their first year, contingent upon demonstrating that Colorado is their primary state of residence.

Alongside its highly regarded environmental law program, which was recently ranked among the top 5 in the nation, the University of Colorado Law School offers students programs in various areas of the law, including tax law, intellectual property law, and international law.  For students interested in gaining hands-on legal experience and training, the school also offers ten clinics on such topics as Wrongful Convictions and American Indian Law. Study abroad programs are also available to University of Colorado Law School students, as the school offers summer programs in several of the most metropolitan European cities, including London, Paris, Barcelona, and Florence.  The program in each city tends to have a special focus, such as the focus on Art Law in Florence and International Business in London.

In terms of curriculum, the U. of Colorado Law School is similar to most law schools in requiring students to enroll in standard 1L courses such as Contracts, Torts, and Legal Writing. After passing these requirements, Colorado Law students are for the most part free to choose from nearly 100 elective titles in rounding out their 89-credit legal educations.  Most of these upper level courses are capped at 25 seats, ensuring that students have the opportunity to establish relatively close contact with the professors and classmates in their areas of interest.  Also, it bears mention that, according to recent graduates and current students of Colorado Law School, students are generally able to secure a seat in any particular elective at some point before graduation, thanks in part to the relatively small size of the Colorado Law student body.

Paul Campos is a property professor at CU noted for his involvement with wanting law schools to be more transparent with their employment statistics. He has cronicled his criticisms at his blog, Inside the Law School Scam, which he frequently updated until February 2013. In 2012, Campos self-published a book on law school, "Don't go to law school . . . unless" through a vanity press.

Given the school's spectacular location at the foot of the Rocky Mountains, and the active lifestyle generally promoted by Boulder, the quality of life at the University of Colorado Law School promises to be great.  Enthusiasts of the great outdoors would likely find Boulder, which is a prototypical college town to truly be an ideal city, as it offers countless opportunities for various mountain-related activities, including mountain-biking, mountain-climbing, hiking, and skiing while being situated in close proximity to the famed Rocky Mountain National Park.  Also, Colorado Law students are likely to enjoy their law school's newly completed and positively gorgeous Wolf Law Building, as well as the rest of the university's green and spacious campus. Students interested in nightlife won't be disappointed either, as Boulder offers plenty of bars and a great variety of excellent eateries, while the school hosts various social functions throughout the academic year to keep students entertained during their scarce free-time. 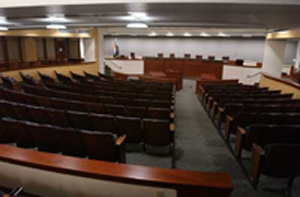 Throughout Colorado and the greater Rocky Mountains region, job prospects for graduates of the University of Colorado Law School are excellent.  The school is counted by many as the finest law school in the region, and many top law firms from the area annually visit Boulder to interview Colorado Law students.  Of course, students ranked near the top of their class will have greater success in these on-campus interviews, and other students will likely have to take more initiative in their job search.  Students hoping to land jobs outside of the Mountain West region will also have to put in extra legwork, as job prospects diminish outside this area, and are relatively poor on the East Coast. Of course, the school's alumni network and career offices will help students regardless of where they wish to land employment, and no area of country is out of reach for Colorado Law graduates. That said, up to 85% of Colorado Law graduating classes typically begin their careers in the Mountain West region.

In terms of bar passage, Colorado Law graduates generally excel, as 94% of those who sit for the exam in the state of Colorado pass the bar exam in their first attempt, compared to a typical 79% statewide passage rate.  Although these numbers change from year to year, the higher passage percentage of Colorado Law students persists.  After passing the bar, about half of a typical Colorado Law graduating class enters the private sector, with a median first year salary of $107,500 (percentage reporting not reported).

With its stunning location, new facilities and solid reputation in the legal field, the University of Colorado School of Law is a great place to pursue a legal education.  The school should receive special consideration from Colorado residents, who can attend at a lower rate of tuition, as well as residents of the Mountain West area in general, who can take advantage of the school's promising job prospects within the region.