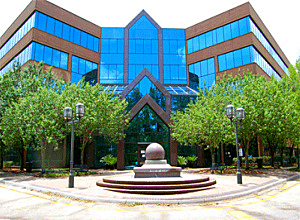 Florida Coastal School of Law, the only law school in Jacksonville, is one of 11 ABA-accredited schools in the state - an extremely high number for a state without an abundance of legal jobs. The law school has a student body of around 1,700 law students, hailing from about 46 states and 254 different colleges and universities.

Current Florida Coastal law students claim that the application process was easy, with scholarships awarded to people who were above a certain range. Students warned, however, that those scholarships could and would be revoked if a recipient fell beneath a certain class rank. These students claimed most recipients lost their scholarships after the first year. The school, however, reports that of 302 who matriculated last year with conditional scholarships, 105 lost them or had them reduced.

Full-time tuition at Florida Coastal costs about $37,000 a year, while part-time tuition is almost $30,000. The school has not reported recently how many of its students receive grant money, but the average indebtedness of those in the class of 2011 who borrowed money (about 92% of the class) was around $134,000.

The typical 1L section size for students is 75. The school has 129 full- and part-time faculty members and a student-to-faculty ratio of about 22 to 1. Current students have mixed reviews about the school's academic merits. The curriculum at Florida Coastal is rigorous, requiring first-year students to take the usual courses, including civil procedure, lawyering, torts, property, criminal law, and contracts. Current students say the grading curve is harsh and results in a whopping 22 percent of students dropping out after the first year, and 2 percent of those remaining after their second year. Students say professors are mostly friendly, helpful and have an open-door policy.

Florida Coastal is located in Jacksonville, which offers the amenities of a warm Florida town, including bars, restaurants, sunny beaches and enviable weather. While the school itself has no on-campus housing, students don't have much trouble finding adequate housing off-campus. Because the school is not associated with an undergraduate college, Florida Coastal students say they are more tightly knit than students at other law schools. The student bar association consistently hosts school-wide events, so it seems like there is always something to do at Florida Coastal.

According to Law School Transparency, about 37% of the class of 2011 found full-time, long-term legal jobs requiring bar admission nine months after graduation (165 out of 451). Eleven graduates were seeking further graduate degrees. Only five graduates were known to be in large firms (101-plus attorneys). Most employed graduates (231) found jobs in Florida, with another 21 in Georgia and two in other countries.