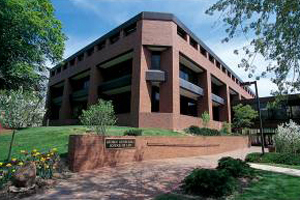 The Case Western University School of Law is a private law school located in Cleveland, Ohio, and is among the oldest law schools in the nation. Students at Case Western Law enjoy access to a wide variety of elective courses, study abroad programs, concentration tracks, and clinical opportunities.  At the same time, the school's setting in Cleveland's University Circle, an area full of academics, arts, and culture, makes for a great quality of life for Case Western Law students. For applicants interested in securing employment in the Midwest, and to a lesser extent on the East Coast, Case Western Law is a great place to pursue a legal education.

Given that Case Western Reserve Law School receives about 10 applications for each available seat in its annual entering class, the school must practice a high amount of selectivity in admissions.  For the 2009 entering class, over 2,000 applicants petitioned for entry into the school, about 800 of whom were admitted, and about 200 of those admitted matriculated to form the Class of 2012 at Case Western Law.  The median LSAT score of this entering class was 158, while the median GPA was 3.46. Generally speaking, applicants with numbers near or above these medians should be competitive in future application cycles at Case Western Law. Of course, law school admissions is about more than numbers, and applicants who can demonstrate through their application an ability to bring diversity to the student body of Case Western Law will likely increase their chances of admission, regardless of numbers. This diversity can take several forms, among them ethnic diversity, diversity in background, and diversity in work experience.

In terms of tuition, Case Western Reserve Law School is like most other private law schools in that its tuition has long passed the $30,000 mark.  For the 2009-2010 academic year, tuition at the school was $38,575. Of course, the school aims to assist students with their expenses at the law school, through various scholarship and grant programs, as well as through a loan repayment assistance program for graduates who elect to enter the public sector.

Like most law schools, Case Western Law sets out a required set of core courses for its first-year students, such as Torts, Property, and Contracts.  Beyond this first-year curriculum, the school offers an impressive 169 course titles from among which second and third year students can choose in rounding out while completing the 88 credit hours required for their JD degrees.  Many of these courses fall into one of several concentration tracks offered by the school, including Law and Technology, Law and Art, and International Law, among others.  Aside from these required and elective courses, students at Case Western Law can also take advantage of several labs and clinical opportunities that allow them to study the law in practice, such as the War Crimes Research Lab, the Counterterrorism Lab, and the Health Law Clinic. At the same time, students with an interest in working and studying law overseas will have plenty of opportunity to do so through Case Western Law's impressive number of study and work abroad programs, which include internships and fellowships in Beijing, Iraq, London, and Sierra Leone. Lastly, several dual-degree programs are available, as well as various law journals in which students can participate.

The Case Western University campus enjoys the company of various museums, cultural and musical centers and academic institutions in Cleveland's highly regarded University Circle. This contributes to the high quality of life enjoyed by students at Case Western Law and gives them the opportunity to study law in a hip and culturally diverse area conducive to educational pursuits.  Night-time entertainment in and around University Circle is plentiful as well, in the form of a world-class orchestra as well as various restaurants, bars, and nightclubs at which students can pass precious free time while at law school.  At the same time, Case Western Law does its part in ensuring that students have enough outlets for socialization by organizing a popular weekly Bar Review as well as various other social events throughout both semesters.  The relatively low cost of living in Cleveland also contributes to the quality of life of law students, who are usually able to find appropriate housing near the law school campus for between $600 and $800. In all, quality of life at Case Western Law School promises to be high, especially for students who take an interest in the many centers of art and music that reside in University Circle.

For Case Western Reserve Law School students, employment prospects are strongest in Ohio and in the Midwest.  Many of the top law firms from this region visit Cleveland to interview the school's students each year, about 60% of whom tend to stay in the Midwest to begin their practice of the law. Meanwhile, job prospects along the East Coast are considerable as well, an impressive fact given that students at most schools held in similar regard as Case Western Law seem to have good job prospects only in the region in which their school is located. That said, it would be misleading to label Case Western Law a "national" law school, as students' job prospects in western and southern states are bleak, and prospects on the East Coast are strong mostly for those who finish near the top of their class. Nevertheless, more than 95% of Case Western Law grads are typically employed within 9 months of graduation, about half of whom find employment through programs conducted by the school's career services office.  Up to 60% of those employed begin their practice of the law in the private sector each year, with a median first-year salary that is now up to $110,000 for the Class of 2007.

In terms of bar passage, Case Western Reserve Law School has recently stumbled a bit.  In the Class of 2007's administrations of the Ohio bar, 79% of the school's graduates who sat for the exam for the first time passed, compared to an overall state passage rate of 86%. Their pass rate in New York was 74% versus the average of 85%, and 41% in California versus the average of 71%.

The Case Western Reserve University School of Law is a great place to pursue a legal education for applicants hoping to practice law in the Midwest. The school offers an impressive course selection, various study clinics and labs, and numerous international internship opportunities, ensuring that Case Western Law students can tailor their legal education according to their specific interests.