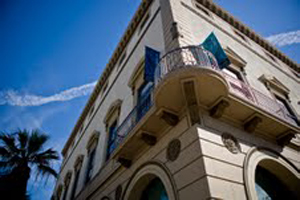 2816 candidates applied for Fall and Spring 2010 full-time entry to California Western. 1295 of these applicants were accepted, giving the school a full-time acceptance rate of 46%. Of those accepted, 382chose to attend, making the yield rate 29%. The Fall 2010 full-time entering class had a 25th GPA percentile of 3.00 and a 75th percentile of 3.52; the 25th and 75th percentiles for LSATs, meanwhile, were 152 and 157, respectively. This class was composed of 53% women and 47% men, with 27% of the class self-identifying as racial or ethnic minorities. 68% of students were from California. California Western works on a trimester system and allows both Spring and Fall entry. A full academic year consists of either two trimesters of full-time attendance or three trimesters of part-time attendance.

The school estimates that the cost of living over the "8-month academic year," taking into account room and board, transportation, and miscellaneous expenses, will be $23,050. It should be noted that 8 months comprise a full academic year only for full-time students; a part-time student will need 12 months to complete the same number of credits, so his/her cost of living over the "academic year" would presumably be closer to $30,000. 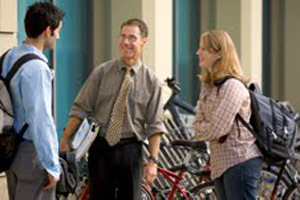 Full-time students have a 14-credit load for each of their two 1L trimesters. The curriculum is predetermined and includes two semesters each of Contracts, Property, Civil Procedure, and a 2-credit class called Legal Skills, one semester of Criminal Law, and one semester of Torts. During their 2L and 3L years, students are required to take Evidence, Criminal Procedure, Constitutional Law, Professional Responsibility, a second semester of Torts, and a Legal Scholarship Training Seminar, which introduces students to the skills they will need to complete the school's scholarly writing requirement (a trimester-long class, taken at the same time as the Legal Scholarship Training Seminar, during which students write a scholarly paper).

California Western offers seven "areas of concentration" in the J.D. program: Business Law, Child, Family, and Elder Law; Creative Problem Solving; Criminal Justice Program; Health Law and Policy; Intellectual Property, Telecommunications, and Technology Regulation; International Law; and Labor and Employment Law. Although they do not result in any special certificate or qualification, these areas of concentration allow a student to focus his/her studies on an area that is of interest to him/her. S/he is also required write his/her scholarly paper on the topic and complete at least 280 hours of an internship.

Besides areas of concentration, California Western offers several special academic and co-curricular programs, including internships, the California Innocence Project, and study abroad opportunities in Ireland, England, Scotland, Malta, the Czech Republic, Denmark, the Netherlands, France, Mexico, and New Zealand. The school also houses several institutes and centers, such as the Center for Creative Problem Solving, the Institute for Criminal Defense Advocacy, and the Institute for Health Law Studies. Additionally, the school offers four dual-degree programs in conjunction with other area universities: a J.D./Master's in Health Law and J.D./Ph.D. programs in history and political science with the University of California at San Diego, and J.D./Master's in Social Work and J.D./M.B.A. programs with San Diego State University.

Academic drawbacks at California Western include its high student-to-faculty ratio (17.9 to 1) and extremely high 1L attrition rate (18.8% for the class entering in 2010).

One factor behind this high attrition rate is likely the school's relatively harsh grading curve. For 1L courses, California Western requires that 30-60% of students in each course must receive a final grade between 74 and 79 (inclusive), 15-20% of students must score between 69 and 73, and 10-15% (first trimester) or 5-10% (second trimester) must receive scores between 50 and 68. It is not this grading curve alone that explains the attrition rate, but rather, the grading curve in conjunction with the academic standard set forth in item 7.21 of the student handbook: at the conclusion of the 1L year, any student who does not have both a cumulative GPA and a major cumulate GPA of 74 or above will be "dismissed." For students who are already close to the edge (which, given that at least 30% and as many as 60% of the students in each course must fall in the 74-79 grade bracket, many will be), just one grade in the 50-73 range - mandated for between 25% and 35% of the students in each course during the first trimester and 20-30% in the second trimester - can easily sink the cumulative GPA below the 74 threshold. So, absent some professorial conspiracy to counterbalance each low grade in one class with a high grade in another, this policy all but guarantees that a significant percentage of students will be dropped from the rolls before their 2L years. 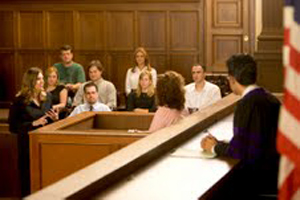 For the class of 2010, California Western reports a respectable 91% response rate for its employment survey. US News reports that 89% of the class was known to be employed within 9 months of graduation. 60% were in law firms, 9% with the government, 16% in business and industry, 9% in public interest, 3% in clerkships, and 3% in academia. Of those 60% who were working in law firms, the vast majority were in fairly small firms - 75% worked at a firm with between 2 and 10 attorneys. Only 5% were employed at firms with more than 50 attorneys.

Among 2010 graduates in private practice, the school reported an average salary of $61,759 and a maximum salary of $180,000. The private sector had a respectable median of $61,500, though the report rate for that figure is low at 35%. The school did not publish a minimum salary.

In 2011, California Western graduates had a 78% pass rate for the California bar exam. This figure was higher than the state's comparatively low rate for takers from ABA-accredited schools, which was 64%. 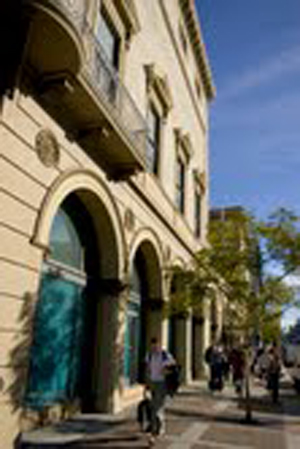 San Diego is by many measures an ideal location, boasting year-round mild temperatures, plentiful sunlight, and easy access to beaches. The Mexican state of Baja California is a 20-minute drive south, and the San Diego Zoo is less than 3 miles away. Because the school is in the downtown area, apartments within walking distance will rarely cost under $1000 per month, so students hoping for more affordable rent would be wise to own a car. Although there is a trolley system that serves downtown San Diego and the surrounding area, it is not as comprehensive as the public transport systems in major East Coast cities, so owning a car will also make both recreation and employment (if pursued in San Diego, as is common) much easier.

California Western's 1L grading and academic policies make it a risky investment for candidates who are not absolutely confident in their ability to do well or who would have trouble paying back a year's worth of loans if they did not make it back for a second year. Furthermore, the school's employment statistics indicate that students may have trouble finding employment with large or mid-sized firms, and that the degree may not be very portable. Finally, its less-than-stellar bar passage rate, though perhaps partially a reflection of the student body, does not inspire confidence in its commitment to propelling students into successful careers. However, for students who plan to live and work in the San Diego area, and who receive significant financial aid or are comfortable in their ability to pay back large loans on the level of salary they can realistically expect based on employment data from past classes, California Western can be a logical choice.