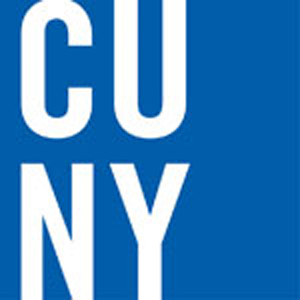 As the only publicly funded law school in New York City, CUNY School of Law places an emphasis on public service and public interest law. Founded in 1983, the law school sends more of its graduates into public interest law than any other school in the nation. The Carnegie Foundation and Supreme Court Justice Ruth Bader Ginsburg have praised CUNY for its academic model and dedication to public service.

The median LSAT score for incoming students in 2012 was 155, while the median GPA was 3.31. While LSAT scores and GPAs are important, CUNY claims to assess all aspects of a student's profile, including the rigor of an undergraduate's area of study, the college attended, and work and life experiences. So, students below the medians should not be discouraged from applying.

Since CUNY is publicly funded, students benefit from lowered tuition. New York residents pay only $12,090 annually (2012) while nonresidents pay $20,090 (2012). In 2009, about 30 percent of students receive some form of grant aid. The median grant amount given out is $2,362, lower than other schools, but the low tuition more than makes up for this. Graduates in 2009 incurred an average of $65,328 in law school related debt. In comparison, one year's worth of expenses at a top-tier New York City law school can run as high as $71,000.

CUNY has a typical first-year class size of 80 students. The law school has a teaching faculty of 42 and boasts a student to faculty ratio of 10.4 to 1, another rarity among Tier 4 law schools. CUNY claims its curriculum combines rigorous coursework and a lawyering program "that teaches the skills recognized by the ABA as necessary for competent practice." First-year students must take civil procedure, contracts, law and family relations, lawyering, legal process, legal research, due process and torts.

Like most law schools, CUNY offers a slew of organizations, programs and activities. The law school is situated in one of the world's greatest cities, only a brief subway ride away from Manhattan. Since it is in Flushing, the cost of living near campus is lower than most other parts of New York City. Students will have access to anything a student could want while attending CUNY. If you can't find what you're looking for in New York City, it probably doesn't exist.

About 63 percent of 2008 graduates were employed in the state of New York, with 82 percent known to be employed within nine months of graduation. The median private-sector salary for CUNY graduates is $53,524 while the median public-interest salary is $58,090. This latter figure is high for any law schoo, much less one in Tier 4. Graduates at NYU who enter public interest law have a median starting salary of $57,354. This statistic is a good sign for CUNY graduates who wish to enter public interest law. The high salary may be explained a number of factors, including CUNY's unique educational program and commitment to public interest, higher average salaries in New York City, and the sheer number of public interest opportunities available for law students in the area. Over one third of the class took public interest positions after graduation, while only a fifth entered law firms. Another third went to the government or judicial clerkships.

CUNY graduates in 2008 passed the New York bar exam at a rate of 84.1 percent, slightly lower than the statewide bar passage rate of 89.0 percent. This is about on par with previous years, as CUNY graduates have consistently passed at rates at or beneath the statewide average.

Despite its Tier 4 ranking, CUNY has carved out a niche for itself in New York's public-interest market. Its low cost of attendance, quality of life and employment prospects make CUNY an excellent choice for students who wish to practice public-interest law in New York and graduate with minimal debt. Students who are considering lower-ranked schools would be well-justified in placing CUNY near the top of their lists.