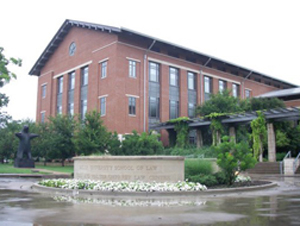 The Baylor University School of Law has earned itself a reputation as the "boot camp" of American law schools, in large part due to Practice Court - a rigorous required program that is the main attraction of the school's nationally ranked trial advocacy program. Although many applicants will be intimidated by the rigorous nature of Baylor Law's academic program, those who are up for the challenge will reap great benefits from their legal education at the school. In the state of Texas, Baylor Law School graduates are known for their well-developed skills of litigation at the time of graduation and are actively sought by large and small law firms alike. The school's curriculum is also known for preparing its students for the Texas bar exam, evidenced by the fact that Baylor Law's grads consistently perform better on the bar than graduates of higher ranked law schools in Texas.

In contrast to most other American law schools, Baylor Law School operates on a quarter schedule and conducts three different application cycles. In recent years, the school has received approximately 3,500 total applications per year: about 2,200 for its fall term, about 800 for its spring term, and about 400 for its summer term. Given that the school aims to keep its student-body population at about 400, admissions are highly selective, as only about 70 students make up each of the fall and spring entering classes and about 30 enter during the summer. Numbers-wise, admissions for the fall term are most selective. For the entering class of fall 2008, LSAT scores at the 25th and 75th percentiles were 161 and 164, respectively, while undergraduate GPAs at the same percentiles were 3.53 and 3.88, respectively. Generally speaking, students with numbers that fall within these ranges should be competitive in future application cycles at Baylor Law. Students with slightly lower numbers, on the other hand, will likely be more competitive in Baylor Law's spring and summer admissions cycles. It bears mention that Baylor Law allows applicants to apply in more than one application cycle during the same year by submitting separate applications and application fees for each cycle.

In terms of tuition, Baylor Law is in line with most other private law schools as its tuition has increased well past $35,000 per year. For the 2009-2010 academic year, the rate of tuition was around $39,000. This figure will certainly lead to much indebtedness for Baylor Law graduates, although the school does help its students by giving grants and scholarships to almost 85% of its student body in a typical year. 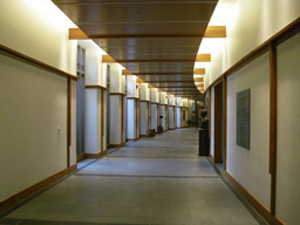 In more than one way, the curriculum of Baylor Law contrasts with that of most other law schools. As previously mentioned, the school operates on a quarter-schedule, which leads to more frequent exams and less lengthy breaks. Also, Baylor Law students are required to pass 126 credit hours before graduation, whereas students at most law schools must pass less than 90 credit hours. Further, the third-year of law school at Baylor Law is said to be the most rigorous year by far, whereas at other law schools students consider the third year to be a time for relaxation and job-interviews. The rigor of the third year at Baylor Law comes mostly from Practice Court, the star attraction of the school's nationally ranked trial advocacy program. In this six-month program, students litigate lawsuits from beginning to end and gain unparalleled experience that places them well ahead of the curve as they enter the legal field after graduation. At the same time, the school's curriculum prepares Baylor Law grads for the bar exam better than any other law school in the state, as is evident by the school's graduate's annual best-in-state bar passage rates. Baylor Law also offers six concentration areas on which students can focus: general civil litigation, business litigation, business transactions, criminal practice, estate planning, and administrative practice. Joint degree opportunities are available as well, in the form of JD/MBA, JD/MTax, and JD/MPPA programs.

Given the rigorous nature of legal studies at Baylor Law, Waco is a suitable city for students of the school to reside in. The city offers relatively few distractions to law students, although a number of clubs, bars, and restaurants are available for students to visit during their scarce free time. Baylor Law students will likely be much more interested, however, in the newly renovated facilities at the law school campus, which is considered by many recent graduates and current students to be an ideal place to study law. Outdoor-enthusiasts will likely enjoy Waco, as the city houses one of the largest city parks in the nation, one that provides active students plenty of opportunity to stay in shape during law school. The low cost of living in Waco doubtlessly appeals to law students as well, most of whom are able to find appropriate housing for about $500 per month. The area surrounding the Baylor Law campus is said to be, for the most part, safe, and traffic and parking generally do not pose problems for law students.

It is important to realize that both Baylor and surrounding Waco are heavily religious, reflective of the Baptist origins of Baylor. As an example, dancing was only allowed on campus in 1996! While visiting a prospective law school is always recommended to see if the law school is a good fit, this is particularly true for Baylor and insular Waco. 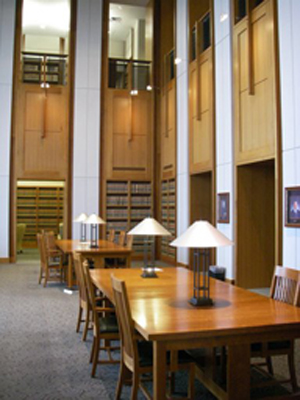 The rigor of studying law at Baylor pays off for students during the job-search, as law firms in Texas have come to recognize Baylor Law grads as competent individuals who are ready to contribute immediately. Especially for students who hope to become litigators, Baylor Law's name speaks volumes in the state of Texas as well as in the greater Southwest area, and promises to open many doors in this region. In all, nearly 90% of Baylor Law grads stay in the Southwest region to begin their practice of the law. As is evident, Baylor Law's reputation wanes outside of Texas and its neighboring states, and students hoping to land jobs away from this area usually face a much more difficult job-search, although those ranked near the top of their class enjoy somewhat more national job prospects. The school's career services office and loyal alumni network assist students regardless of class-rank or desired job location, in part contributing to an annual employment rate of more than 91% for graduating classes at Baylor Law within 9 months of graduation. For those who choose to enter the private sector, about 75% of a typical Baylor Law class, the median first-year salary has reached $74,000 in recent years.

As previously mentioned, Baylor Law graduates excel on the Texas bar exam, consistently performing better than graduates of more prestigious law schools in the state. For the Class of 2007's administrations of the bar exam in Texas, for example, Baylor Law grads taking the exam for the first time posted a 98.5% total passage rate, compared to an 84% passage rate for all test-takers in the state, and an 88% passage rate for graduates of the highly ranked University of Texas School of Law in Austin.

Applicants willing to take on the tremendous challenge of studying law at the Baylor University School of Law will reap the benefits of their labor before and after graduation. While at Baylor Law, students enjoy great job prospects and interview opportunities with large and small firms in the state of Texas, while after graduation, they are better prepared for the Texas bar exam than are graduates of any other law school in the state. In sum, Baylor Law School can be an option to consider for those who are comfortable with the conservative values of Baylor and Waco.