Barry University's Dwayne O. Andreas School of Law, near Orlando, FL., describes itself as "an independent, coeducational Catholic international institution of higher education, within the Judeo-Christian heritage and the tradition of St. Dominic." It offers both a full-time and a part-time law program. The law school went from provisional ABA approval to full ABA accreditation in 2006. 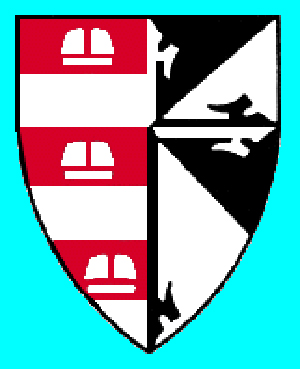 Gaining admission to Barry requires numbers similar for admission to other Tier 4 law schools. The class of 2015 had median GPAs and LSAT scores of 2.92 and 147. For the class of 2014, Barry admitted 1,224 of 2,066 applicants to the full-time program (218 enrolled) and 123 of 258 applicants to the part-time program (49 enrolled). Seventy-three percent of the class entering in 2012 are from Florida, but 28 states are represented. Forty-five percent of entering students identify as minorities.

Students describe the admissions process as ordinary. The law school asks for the typical requirements-resume, LSAT, GPA, personal statement, college transcript, and two letters of recommendation. The school recommends that the personal statement focus on one or more of three topics: what led to the applicant's interest in the law, adversity the applicant has overcome, and post-law-school career goals.

Living in Orlando is not cheap. The law school's website advises full-time students to budget $24,550 a year for living expenses. In 2011, Barry Law graduates who took out loans (90% of the class) incurred an average of $137,680 in debt.

According to Law School Transparency, only about 39% of 2011 Barry grads had a long-term, full-time legal job (requiring bar passage) nine months after graduation. That's 82 out of 209 graduates. Three were pursuing further education, and the employment status of seven was unknown. The school does not report current salary distributions, but according to U.S. News, the 25th percentile, median, and 75th percentile for private-sector starting salaries for the class of 2010 were $40,000, $45,000, and $58,000 (69% reporting).

Most of the employed graduates found work in Florida (111 grads out of 127 employed), and the second and third most common destinations were New Jersey (three grads) and Illinois (two).

Of the Barry grads who took the Florida bar exam for the first time in July 2012, 81.7% passed. That's slightly lower than the overall Florida bar passage rate of 82%.

Barry Law has a typical first-year section size of around 105 students. The school has a 15.1:1 student-faculty ratio. Students claim to enjoy small class sizes and easy access to the 61 full- and part-time faculty members.

Barry University is located on Colonial Drive, the busiest road in Orlando, but the law school is in a rural area. There is no on-campus housing for law students, so students generally rent apartments and commute to the law school. Outside the law school, there is plenty to do. Orlando is well known for tourist attractions such as Disney World and Sea World, and contains the distractions one would expect to find in any metropolitan area of more than 2 million people. Fans of NBA basketball will be delighted to live so close to the Orlando Magic.