This page references the unified Dickinson School of Law of the Pennsylvania State University. 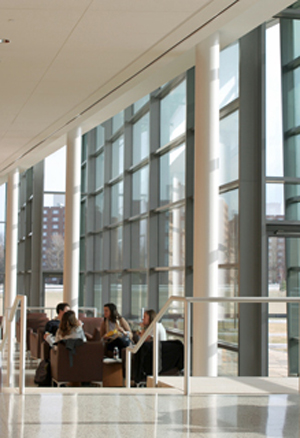 PSU Katz Commons
The Dickinson School of Law was founded in 1834, and Penn State University took it over in 2000. It is the oldest law school in Pennsylvania and one of three state-affiliated schools, along with Pitt and Temple. The law school kept and renovated its historic Carlisle facilities but opened a new building in University Park, the home of Penn State's large main campus.

Prospects for law school graduates across the country are woeful in this historically depressed market for entry-level attorneys. With skyrocketing tuition and dwindling opportunities, students who came to law school unprepared for this reality are in a very difficult situation. Penn State, of course, is no exception to this trend.

One hundred seventy-nine students graduated in 2011, and only 58.1% secured long-term, full-time legal jobs (excluding those who hung a shingle). Thirteen alumni elected to pursue further graduate study, and the employment status of two grads was unknown. Of the 59 grads who found law firm jobs, 28 were in firms with 10 or fewer attorneys, and only 10 landed in biglaw (firms with more than 100 attorneys). Fourteen managed to find government positions, and five landed in public interest. Eight graduates held short-term, part-time positions funded by the law school. Only one had a federal judicial clerkship. 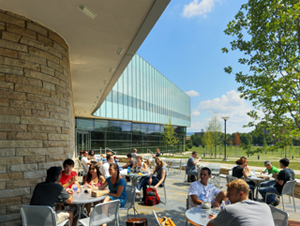 For the 2012-2013 school year, law students, in-state and out-of-state alike, paid a jaw-dropping $39,600 in tuition. Tuition is the same for both campuses. The university estimates the total annual cost for a Carlisle student at $61,532 and a University Park student at $64,212. Over three years, that adds up to around $185,000 and $193,000, and that doesn't even include tuition increases or interest. Law School Transparency estimates the total debt-financed cost of a Penn State education at a staggering $230,640 - all for around a 5% chance at a biglaw job, a 10% chance at a public interest or government job, and a 58% chance at a legal job in general. If you want to be a lawyer, think carefully about attending Penn State, even with a scholarship. Fortunately, cost of living tends to be low in Carlisle and University Park compared to urban areas.

U.S. News reports that the average indebtedness of a Penn State class of 2011 graduate who borrowed (over 90% did) was more than $114,000. Though the law school does offer grants to a majority of incoming students, merit scholarships are conditioned on academic performance, and many lose their scholarships after the first year. Since it is almost impossible to predict one's 1L grades because of the curve, accepting even a large contingent scholarship is generally extremely risky. Never assume your law school performance will match your expectations: Everyone expects to be at the top of the class.

The law school does offer a loan repayment assistance program (LRAP) for students working full-time in public interest positions and making less than $45,000 a year. Keep in mind that only 10% of the class of 2011 secured public interest or government employment, and $45,000 is well below the median government starting salary ($60,000) and just below the mean overall public-sector starting salary ($45,047). As with any LRAP, interest continues to accrue until the loan is forgiven. 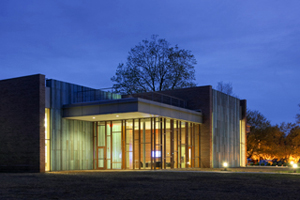 PSU Katz Hall
Penn State Law offers a J.D., an LL.M. for foreign-trained lawyers, and opportunities for interdisciplinary study with other Penn State graduate programs, including the Smeal College of Business, the College of Education, and the School of International Affairs. Students often have classes with students and lawyers from several countries.

Penn State Dickinson School of Law offers clinical and externship programs, including a Semester in Washington DC Program, an International Court of Justice Semester at The Hague, externships with federal and state judges and agencies, and an array of in-house legal clinics, including:

The Penn State Dickinson School of Law includes scholars with plenty of real-world experience including federal judges, ambassadors, and academics with prior experience in private practice, such as Samuel C. Thomson Jr., former head of the tax department of the Chicago firm Schiff Hardin LLP; Catherine Rogers, an authority on international arbitration who was previously at Orrick, Herrington & Sutcliffe LLP; and Dermot Groome, a senior prosecutor at the International Criminal Tribunal for the former Yugoslavia at The Hague. 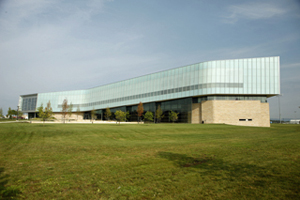 PSU Katz Building
Unlike most schools, Penn State Dickinson School of Law operated on a two campus system: one in Carlisle and one in University Park. Penn State University invested more than $130 million in new facilities over the past six years, giving law students a state-of-the-art place to study law. Their LEED-certified facilities include push-to-talk AV technology, "green" features, and libraries designed for both quiet time and group study. Thanks to the latest AV technology, students can compare constitutional issues with their peers in South Africa or Australia or webcast their programs live. A virtual tour is available on YouTube.

The University Park location shares a campus with the school's large undergraduate institution. The Carlisle location is just 20-minutes from Harrisburg, the capital of Pennsylvania, as well as eight different courthouses, down the street from the Cumberland County seat. At both locations, students can pursue joint degrees or joint electives with other Penn State schools.

Wherever the campus, Penn State Law provides its students with plenty of opportunities to get out of the library and enjoy themselves. The school offers a number of social clubs, intramural sports, and cultural gatherings.

Pennsylvania is a diverse state. Attractions within driving distance vary from hiking the Appalachian Trail to riding roller-coasters at Hershey Park. Students can also take a ski trip in the Poconos or spend a weekend in Philadelphia.

As is the case with most law schools not located in major cities, social life can be as fun or as boring as the student makes it. The opportunities are there at both PSU campuses; they just require some effort. 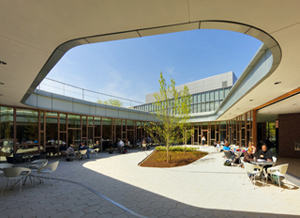