LSAT vs. GRE - which is harder?

Prepare for the LSAT or discuss it with others in this forum.
Post Reply
56 posts

Yes well before editing his own statement he said:

''there are kids who can't even speak english and do well on the GRE. you need to re check your intelligence'

or something to that effect- take this into context as this is in response to the OP arguing that the GRE is more difficult than the LSAT...

All bullshit aside-whether or not you want to justify this statement with whatever reason you want to pull out of your ass, I know what he was implying.

Although I don't really care or mean to get into an argument- I'm just responding to the criticism of my...well....own criticism.


who is pulling anything out of his ass?

My point was completely valid; but you're right, I never got to see the context because he redacted.

I'm only following this thread as entertainment. I've never taken the GRE, so I have only hearsay as evidence. But since the theme of this thread seems to be faulty logic, I'll contribute:

I have friends who have taken both, and there is general consensus that the LSAT was more brutal, both in preparation, and final results.

Common opinion seems to be that the LSAT is harder.

find this incorrect b/c it should be possible to postulate how a mean, average person would do on both tests and thus judge which is harder.


I don't think you understand what a scaled test is.
Top

I want to do the appeal solely to emotions!


"The LSAT is harder, not only because I am an orphan with TB, but because my puppy, kitty, and hamster were all hit by a truck with a picture of Hilary on the side of it... on my birthday."
Top

I do believe which test is harder is pertinent. Say I want to make a 1600+6 on the GRE. Whether that is hard or not matters. Similarly, it matters how hard it is to make a 180. So even if it's averaged out, if I'm shooting for the top, the average, it doesn't matter. I still can't miss more than 3 or 4 problems on the LSAT nomatter what the average is.
Top

i hate typing in all caps but

I DON'T THINK YOU UNDERSTAND WHAT A SCALED SCORE IS
Top

If we took say 100 random people would and had them take both tests w/out practice, for instance, I do not believe they would average out to 1000 and 150, respectively. What you're implying is that both tests are normed so it doesn't matter. This is not true. For example, if I gave you an algebra test and an modular forms test and normed them to their usual test takers, you would probably find the latter much more difficult.

i hate typing in all caps but

I DON'T THINK YOU UNDERSTAND WHAT A SCALED SCORE IS 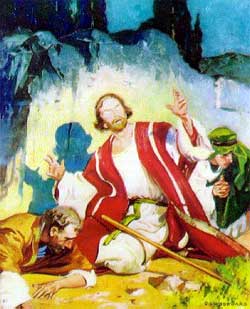 hahahahahahahah, I think I'll stop then, so we won't argue anymore.
Top

If we took say 100 random people would and had them take both tests w/out practice, for instance, I do not believe they would average out to 1000 and 150, respectively. What you're implying is that both tests are normed so it doesn't matter. This is not true. For example, if I gave you an algebra test and an modular forms test and normed them to their usual test takers, you would probably find the latter much more difficult

if they were the only 100 people who took the tests for a given test cycle then yes they would average out to 1000 and 150 respectively.
Top

100 wouldn't even be a good sample. The other thing is, it's normed from previous test takers, so it wouldn't be 150 and 1000 unless we forced them to take it over and over again. Talk about cruelty...
Top

well then i would have to say they would do better on the GRE because people seem to study much harder for the LSAT than the GRE and they would be going against these people who have been studying while they have not.
Top

That could be a valid point.
Top

The only real argument you could make as to why the GRE is harder than the lsat is that on average people taking the gre are smarter/more prepared than those who take the lsat. I don't really think there are any statistics that could support this so...
Top

The LSAT is harder, not only because I am an orphan with TB, but because my puppy, kitty, and hamster were all hit by a truck with a picture of Hilary on the side of it... on my birthday."

Good thing it was on your birthday, because without that to seal the deal, you wouldn't have achieved sufficiency.
Top

I took GRE almost 10 years ago in another country and am preparing for LSAT right now (yep, I am OLD). English is not my native language and I could not speak nor understand spoken English at all when I first came here for the graduate school.

Just considering the preparation, GRE is a heck of less fun than LSAT. Memorizing those weird words you would never use or encounter again in your life other than the test is mind numbing and sheer torture. But that is the only way to get a decent score. If you do well in verb, you are all set.

One of my buddy scored a near perfect score (2380) and became a legend in our circle. He literally memorized a whole dictionary! With his intelligence and perseverance, I bet LSAT is a cake to him.

LSAT is so much enjoyable yet a lot harder to improve, at least for me. I have never taken a test for which timing is this important.

I don't think one is particularly harder than the other, each demands commitment and tons of practice to achieve a good score.

You're speaking about harder to achieve the norm, not achieving any other score.
Take for instance two scenarios, one in which the norm is 100 and the STD is 1, so everyone makes like around 100, and another where the STD is 100, so there's a much bigger spread. If we were to make the possible score 0 to 200, I would say on the first it's a lot harder to make a good score, because relatively speaking it's pretty hard to differentiate people, and thus luck naturally plays a bigger factor. Moreover, on the second the ceiling is reached by over 1/10 of the takers, so this test is definitely easier b/c a random individual taking this test would have a decent chance of scoring so high they can't be measured by it.
To recap, the mean is not the only measure to consider in general. Whether it's good enough to determine GRE vs LSAT difficulty is another question which we probably won't be able to answer (since we don't collect test data).
Top

The GRE is far easier than the LSAT.
Top

I thought that both the gre and lsat were scaled with a normal distribution. Meaning that the standard deviation is normalized, so that not only the mean, but every score makes sense only as a function relative to other scores. So if 100 people take the lsat or , there will be a distribution of those scores relative to all other scores. Thus missing 2-3 (a 180 on an lsat) is equivalent to missing however many you can miss on the GRE (I can't remember what that number is). However your point about a ceiling effect is interesting, I wonder if that has a significant impact upon these tests.
Top

Actually my main mathematical concern would be error. The LSAT has an STD of 3 (or is that the confidence interval). Either way, it doesn't matter, though, b/c the 3 points could encompass potentially many percentile points. Thus to guarantee a good score is more difficult than would be on the GRE, whose points grow with more gradations (and should thus have less inaccuracy). My practice GRE scores were within 10 points of each other, which would be about one percentile (if I remember correctly), and even if they were more, the effect wouldn't have been magnified much.

On the LSAT you could appear much better just by luck, lol

I haven't taken the GRE but some of the vocab in the test is absurd. Basically a dead end right there for certain questions. Math and Verbal sections aren't fairly balanced in my opinion. Plus, I don't like the idea of taking a computerized test.
Top

they test different things; some people will be better at one than the other.

personally, i've taken the GRE, and am studying for the LSAT, and had a very different experience than most with the GRE: 99%ile Verbal, 72%ile Math (also, fact that the last math i had was 4 years prior contributed). still, i did absolutely nothing as preparation, and was pretty happy with my score. the LSAT has taken much more work to approach respectable percentile levels for me, and it still doesn't feel 100% secure. but i'm sure plenty of LSAT gods would struggle with the GRE verbal.
Top

I have taken both and am retaking the LSAT. I think the LSAT can be learned in must quicker manner while you can learn GRE vocab but it takes a lot more time.
Top

The GRE, on the other hand, tests a much higher level of vocabulary, and that's about it. Honestly, the GRE verbal section (which I'm preparing for now) is 95% memorization of words. If you know the words, you get the right answers, if not, you are generally screwed.

if you read all the time/ have a great memory/ grew up in a vocabulary rich household (educated parents) you will probably find scoring a 99th percentile LSAT to be more difficult.

My vocab is bad - I started at 90th percentile GRE verbal (GRE math is capped at 94th percentile) , up to 97th now, still working on it (been a couple weeks)

I was consistently scoring 99th percentile LSAT's after about 2 practice tests, so the LSAT was easier for me overall.
Top